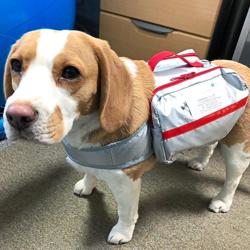 BUKIT MERTAJAM: The woman who allegedly bludgeoned a pregnant cat to death for defecating in front of her flat will be remanded until Dec 31 to facilitate police investigations, say the police.

The woman, a 51-year-old broker, is said to have used a steel rod to clobber the cat and a kitten.

She was detained at her flat in Seberang Jaya here where she apparently hit both cats on Tuesday (Dec 29) at about 1.20pm.

ACP Shafee said a witness was at the scene on that day and saw the woman grumbling about cats defecating in front of her flat, before taking the rod from her car to attack them.

He said the witness then contacted the Department of Veterinary Services (DVS), whose staff rushed to the scene to investigate, taking away the remains of cats.

The case was handed over to the DVS and would be investigated under Section 29(1)(e) of the Animal Welfare Act for causing unnecessary pain to an animal.

After the incident, the woman alleged that she was assaulted by a stranger.

ACP Shafee said they would investigate the woman’s claims under Section 324 of the Penal Code for causing hurt.