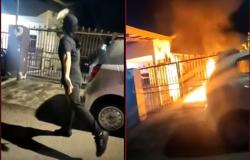 KULAI: 50 detainees at the Kulai district police headquarters lock-up have been placed under quarantine after two other detainees tested positive for Covid-19-positive.

“Two police personnel, who had close contact with the two detainees, were also instructed to undergo quarantine pending Covid-19 test results, ” he said when contacted.

Following that, 50 other detainees underwent swab tests and are currently being quarantined as well.

He added that the situation at the police headquarters was under control and it was operating as usual.

Meanwhile, due to the situation, five detainees from the lock-up were unable to attend court on Wednesday (Dec 30) under the advice of the Health Ministry.

As a result, the five had to be charged for a murder case at a Magistrate’s Court here via video call.

It is understood that this was the first time that the accused was charged virtually at the Kulai Magistrate’s Court after Covid-19 hit the nation. 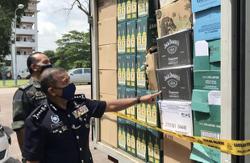