KUCHING (Bernama): A project management consultant will be appointed soon to expedite the Sarawak side of the Pan Borneo Highway project, which has been delayed following the Covid-19 pandemic and change of government, says Senior Works Minister Datuk Seri Fadillah Yusof (pic).

He said the consultant would assist the state Public Works Department (JKR) to monitor the project, as well as carry out verification processes and other related tasks that could speed up the 786.41km highway project involving 12 work packages, which is only 51% completed so far.

"Hopefully (the appointment will be announced) by January next year. (The appointment) is more or less confirmed but we are waiting for the Finance Ministry to finalise it, ” he said after attending a gathering with Sarawak media editors here Saturday (Dec 19).

According to him, the plan to appoint a consultant was justified by the fact that Sarawak JKR would not be able to cope with the sheer volume of work involved to complete the projects, which had been approved by the Federal and state governments.

He hoped that with the appointment, the project would be expedited and be 70% complete by the end of next year.

Meanwhile, Fadillah said his ministry was working with the Housing and Local Government Ministry to encourage the adoption of the Building Information Modelling (BIM) concept in designing building plans.

He said that although the ministry planned to make it compulsory for the BIM concept to be used in the submission of building plans in the future, it would not be so soon as there were not many architects qualified to do so.

"What we have done now with Sarawak first, we are working closely with Swinburne University of Technology here together with the CIDB (Construction Industry Development Board) to create a BIM centre, ” he added. - Bernama 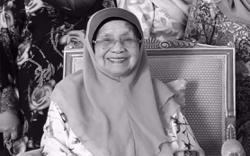