‘China tourists to lead the way’ 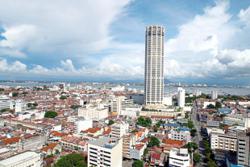 PETALING JAYA: People are beginning to get their confidence back in travel and China tourists will be the first to travel again, as the country is almost being cleared of the pandemic, says AirAsia Group CEO Tan Sri Tony Fernandes (pic).

The Chinese tourists are important as they make up the largest number of tourists travelling worldwide before the pandemic.

“I foresee Chinese tourists flying to Malaysia too. Travellers will prefer shorter flights of about four hours as a start.

“AirAsia will benefit because there are many direct flights from Kuala Lumpur to Chinese cities, ” he said in an online interview during the Global Tourism Economy Forum 2020 in Macau yesterday.

The likes of China, Thailand and Malaysia were seeing a strong demand for domestic travel, he said.

“We think Asia will be in the lead for borders reopening.

He believes the progress in vaccines, new testing methods, medicines, and the knowledge gained from the pandemic meant that there was a beginning to the end. Fernandes said with steps such as wearing masks, the air circulation in the plane and hepa filters made it almost impossible for the virus to spread in a plane.

He also said Covid-19 has ensured airlines would work closer with airports, whom he claimed had generally been the problem in trying to make things easier in the past.

“Now no airport can block us when we want to do contactless travel. I think in the long run it’s going to be easier to fly, ” he said,

He believes that check-ins, the printing of boarding passes, and going through boarding gates would be via face scans in the near future.

While security queues might still exist, passport queues would be eradicated soon, he added.

As a regional airline, Tony said AirAsia is in the right space to recover as the airline does not rely on business travel but rather on leisure travel.

The company, he added, would work hard to continue keeping fares low, although there were other factors such as testing and vaccinations that may add to cost of travel overall.

The pandemic has forced the airline to restructure and lose people through no fault of their own, he said,

He likened the situation to a game of snakes and ladders, where he was once at the 97th square but slid down to the third square because of a snake.

“We will come out stronger but not without a lot of pain, which we have gone through this year. I always say never waste a crisis, ” he said, adding that he was determined to rehire the staff which had to be let go.

While everyone predicts doom and gloom for the travel and airline industries, Fernandes was optimistic that travel would come back in a big way.

“Humans are a tough lot. We forget as quickly as we remember. People need to have leisure time. It will come back.

“After 9/11, everyone said travel was dead. But we had the best years of our life after 9/11. It will come back strongly and we will get you flying again, ” he said. 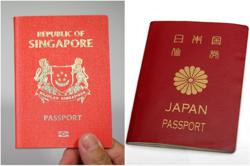