Losing a job does not just affect one’s income, it also takes its toll on one’s feelings of self-worth.

Although the government has announced various measures to aid the jobless, there is an unspoken sense of shame and bruised pride among those who had enjoyed financial independence before, now having to rely on support from the state.

This probably explains the huge take-up of the Federal Territories Ministry’s offer of temporary licence for petty traders.

Minister Tan Sri Annuar Musa announced last month that those who had lost their income could do business anywhere in the city, provided that their stall does not obstruct traffic or cause public nuisance.

When I went to speak with some of these temporary traders in Setiawangsa last week, five out of six said they had lost their jobs.

There was a sense of sadness in their voice when they related their ordeal and worries as they contemplated the future.

But our emotions should not sway us from wanting regulations to ensure orderliness in the city.

It’s vital for the Kuala Lumpur City Hall (DBKL) to strike the right balance between humanity by allowing these people to trade and support themselves, and also the of residents’ right to a comfortable environment.

Haphazard parking of vehicles by customers on road shoulders and irresponsible discharge of rubbish at trading sites should not be tolerated.

Residents have a right to be upset, if their home, a place where they are supposed to be able to seek comfort and rest after an exhausting day at work, is now suddenly no different from a busy commercial area.

There needs to be an enforceable guideline on the minimum distance between trading sites and housing areas.

DBKL must pay attention to the welfare of ratepayers who have placed their trust in it to safeguard their interests.

Their home must be respected as a place where they could relax and seek recluse from the hustle and bustle of city life.

Allowing roadside stalls to operate so close their houses would only inconvenience them.

Although one could argue that homeowners do not own the land outside their home and should have no say over it, but the impact of the trading activities such as noise and odour would still affect their homes.

DBKL should also adopt a zero-tolerance policy on traffic offenders at these trading areas. It must do away with the “tak apa” and “sekejap saja” attitude.

If the police could issue compounds to those who do not wear face masks, then DBKL too could fine errant offenders.

A poll by The Star Online that ran from Nov 25 to 28 found that 60% of 5,250 respondents did not think that enforcements could be carried out effectively.

This is a chance for DBKL to prove these people wrong.

Meanwhile, for those who opposed vehemently on the ministry’s initiative must realise that not everyone is lucky to be spared the economic impacts of the Covid-19 pandemic.

Please be more compassionate to those who have less than us. 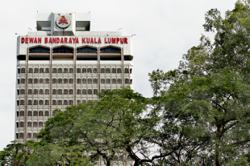 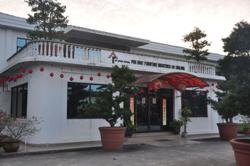