KUALA LUMPUR (Bernama): Fifteen men, including two Bangladeshis, who are suspected to be active in stealing vehicle exhausts, were nabbed at three separate locations on Friday (Nov 27).

He said the suspects could obtain a profit from RM500 to RM2,000 depending on the type of exhaust box which had been cut to be sold to recycling premises and vehicle exhaust workshops.

"The syndicate was found to be active since the middle of the year based on reports received on loss of exhaust boxes," he said at the Gombak district police headquarters, here Monday (Nov 30).

He said the suspects were believed to be targeting cars which were parked in the porches of houses at night and at quiet places.

Arifai said the police were still investigating all the suspects to determine their involvements in the vehicle exhaust theft activities.

"They are believed to be linked to nine missing car exhaust boxes reported in Selangor," he said.

He said the suspects were remanded until Monday and the case was being investigated under Section 379A of the Penal Code. - Bernama 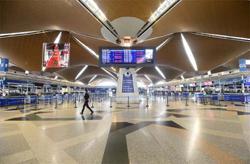