IPOH: The Ipoh City Council will upgrade the drainage system at areas identified as being prone to flash floods, says the mayor.

Datuk Rumaizi Baharin said work is expected to start in stages, adding that all necessary data will be gathered by December for the upgrade work to start by January next year.

“We do have short, mid and long term plans in place, since the heavy rains in the last few weeks have affected many areas.

“We have been cleaning the main drains and rivers filled with rubbish to ensure there is no overflow of water.

“As for the mid and long term projects, rivers will be deepened and more retention ponds constructed, ” he told reporters after the full board meeting Monday (Nov 30).

Rumaizi added that the council is in the process of appointing a consultant to study flood mitigation issues for the first phase in three areas that have been experiencing frequent flash floods.

He said the initial locations include the Bercham Industrial Area, Kampung Sungai Rokam and RPT Sri Klebang/Desa Sri Chepor, that is estimated to span some 10.2 sq km.

Other locations have also been identified where flash floods have been occurring, and studies would be carried out accordingly, he said.

“We will continue the maintenance of drainage systems including drains at housing areas, drains by the side of roads, main drains, retention ponds and flood pumps according to the roster, ” he added.

Rumaizi added that rubbish thrown into rivers and drains is among the main causes of flash floods.

“During a cleaning session at the Pari River at the beginning of this month, an old refrigerator was found in the riverbed.

“In just two days cleaning the river, some 100,000 tonnes of rubbish had been collected, ” he added.

In the last few weeks, flash floods have created havoc frequently at many low-lying areas. 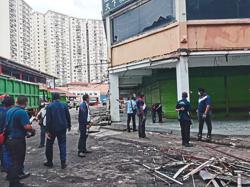 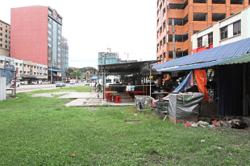