Bersatu secretary-general Datuk Seri Hamzah Zainuddin said the main agenda for the third Bersatu AGM, which was held virtually for the first time, was to amend the party constitution.

"These amendments, which were endorsed by party delegates, will strengthen the party structurally and in numbers," said Hamzah, who is also the Home Minister.

Bersatu information chief Wan Saiful Wan Jan said the chairman's post, which was once held by former prime minister Tun Dr Mahathir Mohamad, has been done away with.

"Besides the chairman's post, we have also agreed to abolish the president's council, which consists of top leaders of the party," Wan Saiful said.

Until recently, the chairman's post was held by Prime Minister and Bersatu president Tan Sri Muhyiddin Yassin after Dr Mahathir resigned from all party positions on Feb 24.

On May 5, the Registrar of Societies ruled that Dr Mahathir was no longer the chairman of Bersatu.

Dr Mahathir then fought back stating that as the supreme council had initially rejected his resignation, he still held the post.

Wan Saiful said that another significant amendment is the formation of the Associate Wing, which will give a structure for Bersatu associate members.

Currently, under the Bersatu constitution, only bumiputras are allowed to be full members.

"It is true that from the very beginning of our formation, we have had associate members. Now, we have realised the need to officially create a special wing for associate members to enable them to play a role in the party effectively," Wan Saiful said.

He also said that the process of becoming a member of Bersatu has also been made easier.

"We abolished the annual membership and everyone is now a lifetime member with a one-off party fee," said Wan Saiful.

Bersatu now has 363,131 registered members nationwide and there are 2,950 branches in 189 divisions, except in Sarawak. 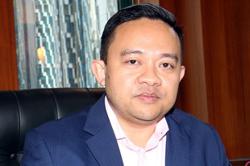