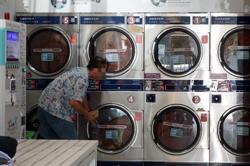 KUALA LUMPUR (Bernama): The RM400mil injection for the Cooking Oil Price Stabilisation Scheme (COSS) through Budget 2021 is expected to have a major impact on the B40 target group, says Datuk Seri Alexander Nanta Linggi (pic).

The Domestic Trade and Consumer Affairs Minister said COSS is able to minimise the impact of crude palm oil price hike on cooking oil prices, stabilise the retail price of subsidised cooking oil for local household use and ensure adequate supply in the market.

"Since the Domestic Trade and Consumer Affairs Ministry took over COSS on Nov 1, 2016, it has benefited 33.2 million people who receive the supply of subsidised cooking oil at an estimated rate of 2.5kg per capita per month.

"COSS is also able to ensure stable cooking oil prices in the domestic market by reducing the impact of fluctuations in prices of crude palm oil in the world market,” he said when appeared as a guest on RTM’s "Bicara Naratif-Belanjawan KPDNHEP 2021: Impak Kepada Ekonomi Dan Rakyat" programme on Tuesday (Nov 24) night.

Nanta said under the budget, his ministry would receive RM680mil specifically to address the rising cost of living issue.

As such, he said his ministry would intensify its efforts through the implementation of three targeted subsidy programmes in addition to the price standardisation scheme, which would be able to help improve the people's lives.

Nanta said all the programmes have been drawn up by prioritising the interest of the people and to help alleviate the financial burden of those affected by the spread of Covid-19.

He said his ministry also implemented collaborative enforcement effort with the Malaysia Competition Commission (MyCC) in a bid to protect the competitive process for the benefit of businesses, consumers and the economy.- Bernama 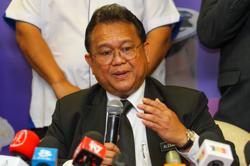