SINGAPORE (Bernama): A Malaysian was among 16 foreigners who were repatriated from Singapore as part of heightened security posture following a spate of terror attacks in France and elsewhere.

The Malaysian was found to be radicalised and harboured the intention to travel to Syria or Palestine to partake in armed violence, said the republic’s Ministry of Home Affairs (MHA) in a statement here Tuesday (Nov 24).

The other 15 were Bangladeshis, most of whom were working in the construction industry who, in response to the recent terror attacks in France, had made social media postings which incited violence or stoked communal unrest, said the ministry.

"In view of the deteriorating security situation, the Home Team has been on heightened alert since early September, and had also stepped up its security activities to pre-empt copycat attacks in Singapore,” MHA said.

In total, 37 individuals are investigated by the Internal Security Department (ISD), it said, adding that of the total, 14 are Singaporeans, and 23 are foreigners.

"The investigations into the remaining seven foreigners are still ongoing,” it said. – Bernama 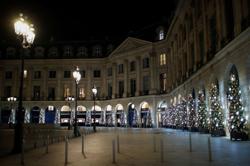 Covid-19: Cases up by 3,631 bringing total to 176,180 (updated daily)
PKA says Northport has developed action plans to reduce congestion at port
Not wearing face masks in crowded areas tops SOP violations; 228 arrested for this offence, says Ismail Sabri
Melaka govt wants to protect rights of condo buyers, regulate Airbnb
Ismail Sabri: EMCO at immigration detention depot in Pekan Nenas from Jan 23-Feb 5
Law firm starts crowdfunding campaign to help Mongolian in civil suit against ex-cop
Boy with stage four leukemia gets to be a cop for a day in Penang
Fuel prices Jan 23-29: Up across the board
Retired teacher cheated of RM1.8mil, cops looking for six people to aid in probe
Politician detained for allegedly producing and selling drugs