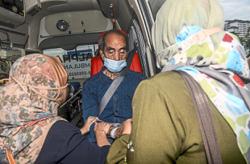 This marked the end of the search for Ali Jais by his three children, less than 24 hours after news about him was reported by Bernama.

Ali, 84, and his children have been separated for the past 20 years. He is now at the Bukit Batok Home for the Aged here.

The children believe that he had been in Singapore all these years, based on checks with the Malaysian Immigration Department a few years ago.

“Abah is in good health. I was informed that he remembers all our names.

“When asked the children’s names ... all are correct,” said his eldest daughter Hasliza Ali, who contacted Bernama to convey the good news.

Hasliza, 41, said the care home also confirmed her father’s identity through a copy of the identity card in her possession.

“According to the home, Abah remembers us. It is just that he does not know how to contact us,” she said joyfully.

The appeal made by Khazimah Ali, his youngest daughter, was also shared on the Malaysia-Singapore Border Crossers Facebook page which now has about 72,000 members.

The only photo of her father that she kept was also attached in the posting.

“Someone informed me early this afternoon (yesterday) via WhatsApp about Abah’s whereabouts, and my eldest sister immediately contacted the care centre,” said 37-year-old Khazimah.

She has expressed hopes that she will get to celebrate Aidilfitri for the first time with him next year. 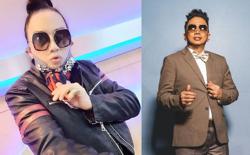