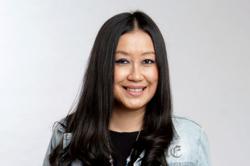 This is the second year in a row that the 44-year-old radio announcer has taken home the prestigious award.

She dedicated the award to her fans.

“I follow their discussions and always make sure to reply to their messages and interact with them, ” said DJ Lin, whose full name is Roslinda Abdul Majid.

“You need to show that you care and take the time to reply to all messages from your fans. God willing, when you are sincere in doing so, they will feel your sincerity, ” she told MStar.

DJ Lin said most of her fans were active on Facebook.

However, she said she would go all out on every platform as her fans were spread around the world and their online votes also mattered.

DJ Lin has won the award three times since 2015.