Azmin: RCEP a better deal, CPTPP must be fair

The International Trade and Industry Minister said as exciting as free trade agreement (FTA) offers are, Malaysia will not rush into ratifying the Comprehensive and Progressive Agreement for Trans-Pacific Partnership (CPTPP) unless it guarantees domestic businesses and industries will be protected.

“After eight years of talk and more talk, it is finally happening.

“RCEP will amalgamate the regional FTAs into one to facilitate trade and investment among members.

“When we sign RCEP, Malaysia will enjoy preferential tariffs among the 15 countries, bigger market access and better tariff elimination among the members of RCEP, ” said Azmin in an exclusive interview on Friday.

India, however, will stay out of RCEP for now.

“With the presence of Japan, China and Korea, we would be able to provide the biggest FTA in the world because they contribute one-third of the global economy and it covers a population of 3.8 billion.

“RCEP also provides local players space to grow as the market in Malaysia is too small to expand. With RCEP, local players can engage and penetrate the global market, ” said Azmin.

On CPTPP, which includes superpowers and some Asean countries, Azmin said the Perikatan Nasional Cabinet will be cautious.

“CPTPP has been signed but not ratified. The Pakatan Harapan Cabinet agreed to ratify, but there was no timeline given.

“Malaysia is a small economy. We want to make sure CPTPP provides a fair playing field for our domestic industries, investor-state dispute settlements (ISDS), government procurement etc, which we could do under RCEP but not under CPTPP.

“Our focus is on Covid-19 and the economy. One of the major outcomes of this summit is to endorse the Asean Comprehensive 2 Recovery Framework, our collective response to Covid-19, to intensify intra-Asean trade and accelerate our transformation programme into a digital economy, which has been so important during the pandemic, ” said Azmin.

On the South China Sea issue, which saw the United States and China butting heads, Azmin said Asean leaders will refer to the fundamentals under the United Nations Convention on the Law of the Sea (Unclos), where entitlements at sea have to be within areas measured from land.

“We will speak as a collective voice on this to provide free access and security for traders. The presence of warships is not conducive, and any miscalculations might heighten tension in the region, ” said Azmin.

He added that a Code of Conduct in the South China Sea is in the pipeline, and Asean will settle it peacefully.

China, Vietnam, the Philippines, Taiwan, Malaysia and Brunei have had overlapping territorial claims over one of the world’s busiest trade waterways but the recent entry by the United States into the dispute has raised tensions. 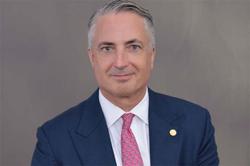