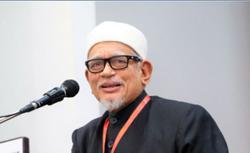 The 82-year-old former artiste's son, Ahmad Zaini, said his father was taken to the Bagan Datuk Health Clinic yesterday to seek treatment following complaints of shortness of breath, before experiencing it again this morning.

"We took him to the clinic but he was sent to HTI by ambulance and received emergency treatment before being transferred to the ward at 3.15pm this afternoon. My father is quite weak, but he's in stable condition and can still speak," he said when contacted here Thursday (Nov 12).

Ahmad Zaini also hoped for his father's fans to pray for the singer, who had been facing health problems for the past four years.

The singer, famous for his song "Cek Mek Molek", has diabetes and is suffering from various health problems. - Bernama 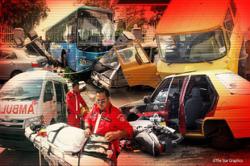