Announcement on loan moratorium extension, withdrawal from Account 1 of EPF will be made soon, says Shahidan KUALA LUMPUR: An official announcement on the loan moratorium extension for all, and the one-off withdrawal from Account 1 of the Employee's Provident Fund (EPF) will be made soon, claims Datuk Seri Shahidan Kassim.

The Perikatan Nasional Backbenchers’ Club (PNBBC) chairman hinted that an agreement in principle had been reached on these issues and Finance Minister Tengku Zafrul Tengku Abdul Aziz is expected to make the changes before the winding up of Budget 2021.

“Maybe the Finance Minister will make an official announcement even before the winding up of the budget, ” he told a press conference in Parliament.

He was asked to comment on former prime minister and Barisan Nasional Backbenchers’ Club chairman Datuk Seri Najib Razak, who said the coalition’s support for Budget 2021 was conditional upon the people being allowed to withdraw from the EPF and an automatic extension of the loan moratorium during Covid-19.

Shahidan said the decision was made known during a pre-discussion meeting with government backbenchers.

He said the government was prepared to make amendments of proposals from its Perikatan allies, before the Budget 2021 was approved in Dewan Rakyat.

"We want to see a conclusive approach, but that is Barisan's view.

He also reminded government lawmakers, ministers and deputy ministers to be present in Dewan during the 2021 Budget debates.

"If they are not present, I will personally tell them off," he added.

During the tabling of Budget 2021 last Friday (Nov 6), the government announced authorisation for EPF contributors to withdraw RM500 per month from their Account 1 for a period of 12 months, bringing the total amount to no more than RM6,000.

This is an additional RM6,000 to the withdrawal authorisation under the i-Lestari scheme from Account 2 announced in the economic stimulus package at the end of March.

In the budget, the government had proposed that those in B40 group who are recipients of aid programmes as well as micro entrepreneurs will have the option to defer loan repayment for three months, or reduce their monthly instalment by up to 50% for six months.

On Tuesday, Barisan Nasional had declared only conditional support towards Budget 2021, which will be voted on by MPs in Parliament on Nov 23.

The Pekan MP said Barisan’s 42 MPs would only support Budget 2021 if two of its demands were met — a blanket moratorium on loan repayments till June 30,2021 and allowing Malaysians a one-off withdrawal of RM10,000 from their Employee Provident Fund (EPF) account 1.

Najib described the extension of loan moratoriums till June next year and the one-off EPF payments as bold and unconventional steps, saying that these two measures could increase the circulation of cash in the economy when government spending was limited.

“Not a single person has said that the money withdrawn from EPF cannot be recovered in the future.

“The government’s responsibility is not to deny contributors access to their money when they are desperate.”

Instead, said Najib, the government’s priority should be finding ways to ensure that EPF contributors who were forced to withdraw from their account 1, would not be left with a low balance after the pandemic is over.

“Find ways to increase their savings at the fastest rate, ” he said, adding that the government should also assist EPF in raking in more profits once the Covid-19 pandemic was over by offering them lucrative contracts.

At the same time, Najib said EPF withdrawals should be a one-off payment and not monthly scheduled payments. 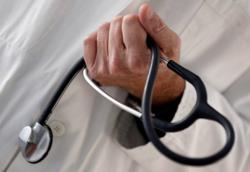