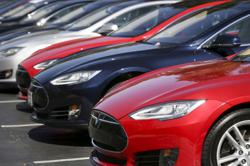 KUALA LUMPUR (Bernama): The accident involving two Guimbal Cabri G2 (G2CA) helicopters, which saw one of them crash in Taman Melawati near here on Sunday (Nov 8), is the first such incident in the country involving the aircraft model.

A search on the aviation website at https://aviation-safety.net/wikibase/type/G2CA also found that today’s incident was the 45th and 46th recorded since the first one in Baden, Germany on April 19,2010.

The search also revealed five more incidents involving the same helicopter model reported this year, namely two in the United States and one each in Switzerland, Poland and Australia.

According to an internet search, the helicopter, which is manufactured by French company, Guimbal, is equipped with a three-blade rotor and can fly continuously for four and a half hours with a maximum speed of 100 knots.

He said auto-rotation could be engaged when the helicopter engine was not functioning in order to safely land the aircraft.

Dr Mohd Harridon said if there was no black box in the helicopter, an investigation would be launched to determine the cause of the crash covering various aspects, including conducting a video analysis of the incident, taking statements from witnesses, mapping of the aircraft components found, conducting crush analysis and reviewing the maintenance records.

The accident involved two G2CA type helicopters (9M-HCA and 9MHCB), which were believed to be conducting flight training when they collided mid-air after taking off from Sultan Abdul Aziz Shah Airport (LTSAAS), Subang, each with two occupants. 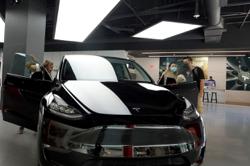