Funds to carry on good work

Suited up: The PGPS team ready to handle the burial of a Covid-19 victim in Sandakan.

KOTA KINABALU: For years, 32-year-old Yunizam Yusop has been providing poor families in Sandakan district with free transport to go to the hospital as well as free hearse services.

His charitable deeds started in 2014 when he learned that there were many people who could not go to the hospital for treatment as they had no money for transport.Now, Yunizam and his team, under the non-governmental organisation (NGO) Persatuan Generasi Prihatin Sabah (PGPS), are handling burials of patients who died from Covid-19.

They have handled 30 such cases so far.

His selfless act as well as those of two other NGOs caught the attention of the Star Foundation, which presented them with RM100,000 collectively.

The money was donated by a businessman who had contributed to

the foundation to support NGOs in Sabah.

“With the funds from Star Foundation, we hope to help at least 20 to 30 more families, ” said Yunizam.

He added that the money would be used to purchase burial materials for both Covid-19 and non-Covid-19 cases, personal protective equipment and other necessities.

“We are able to handle two to three cases per day. We have at least one case to handle every day.

“We thank the police, health officials and the Duchess of Kent Hospital for their guidance and assistance, ” Yunizam said, adding that eight volunteers were needed for each burial of a Covid-19 victim.

Imaret general manager Ahmad Ikram Ajmain Abu Hassan said most of the funds from Star Foundation would be used to procure the Rapid Test Kit (RTK) Antigen for Imaret’s medical volunteers to do Covid-19 screenings in Semporna.

“If possible, we want to extend help to Sandakan too, ” he said, adding that the NGO’s aim was to complement government health facilities.

He pointed out that their work started a day before the movement control order (MCO) was first implemented in March, with their volunteers mostly located in the Klang Valley and attached to the Health Ministry’s Crisis Preparedness and Response Centre.

“Then we started distributing other essential things such as food and hygiene packs to the underprivileged, ” he explained.

He added that their focus now was on Sabah, Kedah and Penang.

Meanwhile, Hopes Malaysia’s June Wong said the funds from Star Foundation would help in providing daily meals to more than 30 families and residents of four welfare homes in Sabah.

She said Hopes had been buying fresh produce from local farmers (which helps the farmers, parti-cularly during the MCO) to give to 30 families and seven welfare homes.“We rely on funds from the public and local companies, ” she added. 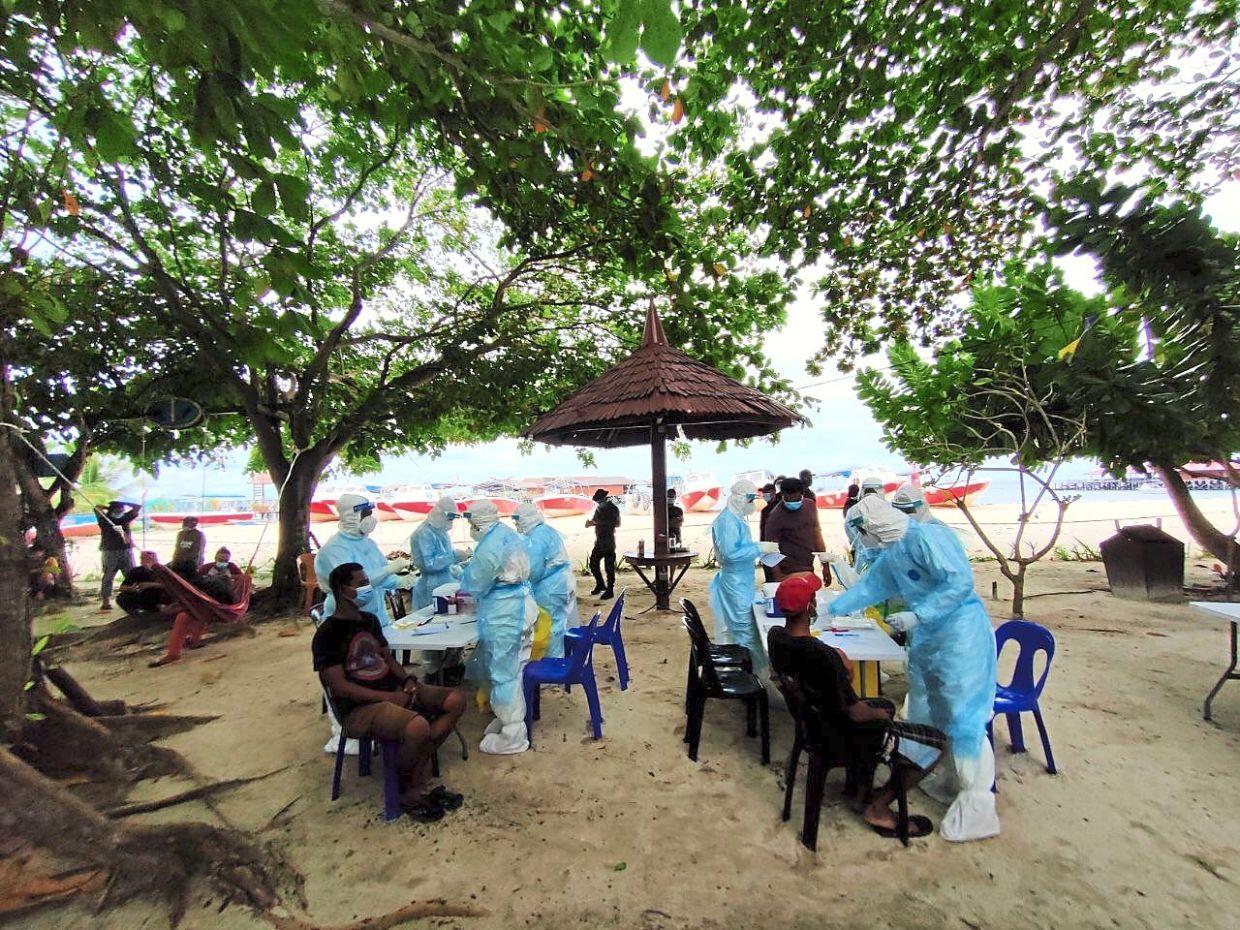 Suited up: The PGPS team ready to handle the burial of a Covid-19 victim in Sandakan.

On the ground: Imaret volunteers conducting Covid-19 tests in Semporna.