Radiation is basically energy that is emitted as electromagnetic waves or as moving subatomic particles from a source travelling through space and which can penetrate various materials.

While the health risks posed by exposure to certain types of radiation are well known, medical science has long proven the benefits of radiation in the field of diagnostic imaging such as radiography, computed tomography (CT), mammography, radiotherapy and nuclear medicine.

The application of radiation is particularly useful for cancer detection and treatment, as diagnostic tools allow medical experts to determine the exact location of tumours while treatments such as radiotherapy are used to kill the cancerous cells.

A pertinent issue that arises here is occupational radiation exposure and its health effects on interventional medical workers – and to what extent they are protected considering the fact that they handle hundreds of patients every day who have to undergo radiography, CT scans, radiotherapy or fluoroscopic procedures for diagnostic and treatment purposes.

According to radiation protection officer at Hospital Ampang’s Radiology Department Mohammad Azwin Abdul Karim, one of the major challenges faced by the hospital in radiation safety is creating a protected environment for the staff handling radiation equipment.

Radiation safety, he said, refers to protecting workers from the harmful effects of radiation by taking the necessary measures to reduce unnecessary exposure.

"What concerns us is the scattered radiation that can arise from the rays penetrating the patient’s body, which the staff handling the radiation machine are exposed to, ” he said.

He said any practice that can result in increased exposure to radiation must be planned carefully in accordance with these three basic principles.

"Optimisation of protection should be given top priority by ensuring exposure to radiation is as dose as low as reasonably achievable, ” he said.

Impact of radiation on staff

Although medical workers are not directly exposed to radiation, its effects are known to have a short-term and long-term impact on their health and can affect their quality of life and even that of their offspring.

Azwin said the biological effects of radiation can be classified as deterministic and stochastic effects.

Deterministic effects are evident when an individual is exposed to radiation exceeding the threshold point. The higher the dose, the worse the effects suffered by the victim, including cataracts, skin injury and hair loss.

Stochastic effects can likely appear irrespective of the amount of radiation dose received by an individual and can lead to cancer and genetic damage.

Azwin said many cases of these effects have been reported in medical journals such as TCTMD – an online resource for interventional cardiology – which in a report published in July 2017 presented evidence that routine exposure to radiation in the cardiac catheterisation laboratory can put interventional cardiologists at increased risk for cataracts.

In view of its harmful effects, improvements have been made in terms of radiation protection, including providing radiation workers with personal protective gear made of lead, which is a good material for radiation shielding.

"These days the protective gear used (by radiation workers) is becoming more sophisticated. All radiation staff must now wear protective gear such as an apron, thyroid shield, lead cap and lead goggles that were designed to protect their bodies from exposure to radiation.

“But they have to be worn properly in order to be effective, ” he said.

He said under Regulation 8 of the Atomic Energy Licensing Regulations (Basic Safety Radiation Protection) 2010, the limit on the effective radiation dose for a worker shall be 20 millisieverts (mSv) in a calendar year.

Azwin added that it is also compulsory for staff to go for periodic health checks to detect any effect of radiation due to workplace exposure.

Rooms with a view ... on safety

Medical imaging rooms in hospitals where radiation equipment is installed must also conform to strict guidelines and standards.

Azwin said the building structure of the room or space where radiation services are provided in a hospital or health centre has to meet the required minimum standards to minimise the incidence of scattered radiation.

In rooms where CT scan and angiography services are offered, the thickness of the protective shield covering the walls and doors has to be the equivalent of 2mm of lead. The dimensions for the lead glass shielding are 100x50cm, with a thickness of 2mm lead equivalent.

For the room where mammography services are provided, the thickness of the protective shield for the walls and door must be 1mm lead equivalent.

Malaysian Nuclear Agency director-general Dr Siti A’iasah Hashim, meanwhile, said it is crucial for them to wear such monitoring devices due to the characteristics of radiated particles as they are invisible, odourless and tasteless.

"The cumulative readings are taken once a month to find out their level of exposure to radiation for that month, ” she said.

"In Malaysia, our radiation safety practices are at a high level and that’s why we rarely hear of any accident involving radiation, ” said Siti A’iasah, adding that the authorities, including the Malaysian Nuclear Agency, conduct training on radiation safety regularly. – Bernama 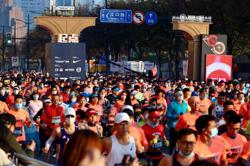