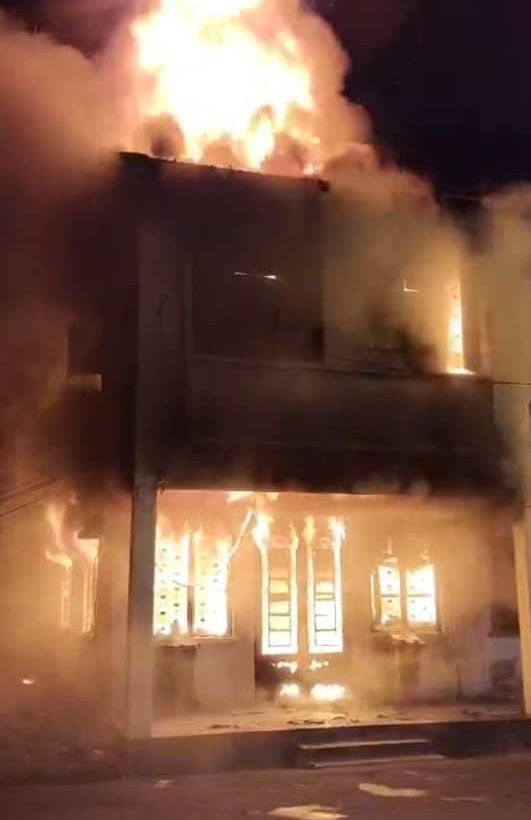 GEORGE TOWN: One person was killed, another went missing and three others were injured when a fire broke out at their residence in Lebuh Melaka here on Thursday (Oct 29).

The fire, which was reported at about 6am, razed two double-storey houses and left them about 80% burnt.

"The firemen from Jalan Perak and Lebuh Pantai battled the raging fire and managed to rescue five victims.

"Two men and a woman, who are Indonesians, are safe, while one died. We are searching for another person who is still missing," he said.