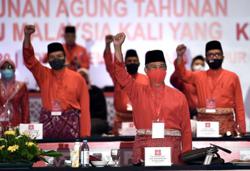 KUALA LUMPUR: The High Court has been informed that PKR has yet to serve its former vice-president Zuraida Kamaruddin with a RM10mil lawsuit over an alleged breach of bond that bound her to the party.

During case management, which was conducted via e-review before deputy registrar Nor Afidah Idris here on Tuesday (Oct 27), PKR, as the plaintiff, told the court that it was unable to serve Zuraida at both her office and home addresses.

Lawyer Navpreet Singh appeared in the online proceeding for PKR.

The court has fixed Nov 16 for further case management.

PKR’s lead counsel William Leong informed the press that they had sent a request to Zuraida via registered post for her to appoint and instruct a firm of solicitors to accept service on her behalf.

“We are now in the process of making an appointment with her to accept service.

“The next case management date is to update the court regarding the progress of the case and to seek for further directions on the pleadings, ” he said when contacted.

In the lawsuit, PKR secretary-general Datuk Seri Saifuddin Nasution Ismail, who is suing on behalf of the party, named the 52-year-old Ampang MP as the sole defendant.

The suit was filed through the law firm of Messrs William Leong & Co at the High Court registry here on Sept 28.

In the statement of claim, Saifuddin said Zuraida had executed a bond where she bound herself to pay the party a sum of RM10mil in accordance with terms and conditions that have been set.

The conditions of the bond include that the defendant agrees to pay the party RM10mil no later than seven days upon the occurrence of such events; including the resignation of the defendant from the party, or joining any other political party or be an independent elected representative after the defendant wins the election on PKR ticket.

Saifuddin claimed that on Feb 24, Zuraida - together with 10 other PKR MPs - announced her resignation from the party without resigning from her elected post as Ampang MP.

He said Zuraida, together with the other MPs, Parti Pribumi Bersatu, Barisan Nasional, PAS and Gabungan Parti Sarawak and others then formed a new bloc known as Perikatan Nasional.

Saifuddin, in his capacity as the PKR secretary-general, issued a certificate dated July 24 to confirm that Zuraida’s party membership has been terminated.

PKR claimed to have issued a letter of demand dated Aug 7 which required Zuraida to pay the RM10mil in accordance with the terms of the bond.

Saifuddin claimed that Zuraida had failed, refused and neglected to pay the sum or any part thereof, and therefore he was entitled to claim the sum on behalf of the party from Zuraida.

The plaintiff is seeking for the defendant to pay the party RM10mil under the bond, or alternatively, the sum of RM12,049,459.20 - which is inclusive of RM2,049,459.20 for remunerations received by the defendant as an MP and minister for Housing and Local Government.

The plaintiff is also seeking interests, costs and other reliefs deemed fit by the court.

In a press statement, Zuraida hit out against the lawsuit and said it was a waste of the court’s time.

She said in a democracy, elected representatives were free to leave their political parties and she was sacked for this. 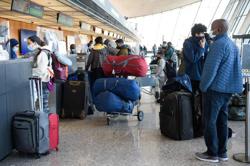