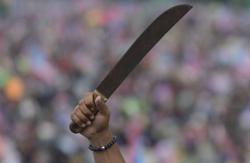 KUALA LUMPUR: A man and his fiancee were arrested after ramming through a police roadblock and leading police personnel on a high speed chase.

"A police team had set up a roadblock near Mile 15 of the Jalan Kuala Lumpur- Ipoh when a car approached them with a man and woman inside. The police personnel instructed the driver to pull over to the road shoulder but the driver did not comply and rammed through the roadblock," said ACP Arifai.

"One of the policeman suffered injuries to his wrists after he was forced to dive out of the way of the speeding car," he added when contacted on Tuesday (Oct 20).

"Police personnel managed to surround the vehicle at a dead end on Jalan 2/29 in Taman Bukit Rawang Jaya. The suspect tried to accelerate but was apprehended by police," he said, adding that police arrested the 34-year-old man and his 29-year-old fiancee.

ACP Arifai said that the man had several prior drug and crime records while the woman had two crime and drug records.

"The male suspect tested positive for methamphetamines," he said adding that both suspects have been remanded for six days to help with the investigation. 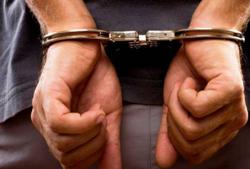