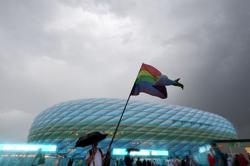 Pesky problem: Villagers from Kampung Kinta Valley, RPT Batu 6 and Chenderong showing the flies that they caught in their homes near Batu Gajah, Ipoh.

BATU GAJAH: Villagers having to contend with swarming flies from poultry farms nearby are hoping for a solution from the state government.

Kampung Baru Kinta Valley resident P. Vignaswaran, 33, said he had to rush his son to the hospital where a dead fly was removed from his ear.

“Earlier this week, my two-year-old son cried continuously and we rushed him to a hospital in Ipoh. After a thorough check-up, the doctors said a fly had entered his ear.

“The fly was already dead when they took it out. It was a miracle that the fly didn’t do any harm but right now, we have to bear the cost of my son’s medical bills.

“I am only a lorry driver and the bills ran up to about RM800. We also have to go for a check-up that cost about RM400 per visit.

“I have gone with the villagers to the Batu Gajah council hoping that they can help resolve the issue but they told us that the area falls under the Kampar district office.

“When we went to Kampar, we were told otherwise,” he told reporters at a press conference by Barisan Nasional Public Services and Complaints Centre chief Mohd Rawi Abdullah here yesterday.

Another resident, Mukebul Rahman, 68, whose house is near to a farm, said they spend at least RM150 a month on fly repellent stickers.

“The flies have been here for many years but the situation has worsened since six months ago, especially during the rainy season.

“We cannot sleep comfortably and food must be eaten quickly or the flies will land on it. It has been uncomfortable for us and we demand for this matter to be solved urgently,” she said.

Abdul Wahab Sulaiman, 62, who is from RPT Batu 6, said while they understood the purpose for the poultry farms, they hoped the farms were operating according to Standard Operating Procedures (SOP), especially on managing the waste.

“We are not asking them to stop their operation. But since the issue has gotten worse, we wonder if they are following the SOP.

“The flies have made it uncomfortable for us and for our family members who visit us,” he said, adding he used more than 100 repellent stickers in a month.

Mohd Rawi said there were at least 20 commercial poultry farms located near the villages.

“Villagers of Kampung Baru Kinta Valley, RPT Batu 6 and Kampung Chenderoh are living in discomfort and something needs to be done.

“The villagers have gone to several departments and local authorities to get help but nothing has been done.

“I hope the state government will find a solution and solve this issue,” he said, adding that there were some 3,000 villagers affected. 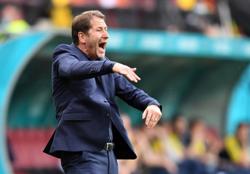