Bulk of cases coming from Sabah 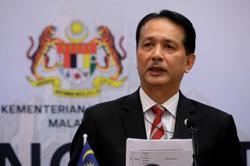 Health director-general Tan Sri Dr Noor Hisham Abdullah said the bulk of the cases continued to be from Sabah, with 429 infections (65%).

“The high number was due to increased screening with samples taken now producing results,” said Dr Noor Hisham at the briefing broadcast from his home.

Kedah has the second highest number of cases, with 113 cases, with the bulk from the Tembok cluster.

Klang Valley has 11.5% of the country’s cases, with Selangor recording 68 cases, Kuala Lumpur seven and Putrajaya one.

Six cases are imported infections – Singapore (three), Indonesia (two) and the Philippines (one).

Cumulatively, the country’s total number of cases since the outbreak began in January is 17,540.

The number of people being treated at intensive care units has reached an all-time high of 108, with 35 patients requiring ventilator support.

Dr Noor Hisham said the cluster had reported cases in Hulu Langat, Petaling, Klang and Gombak in Selangor; Cheras in Kuala Lumpur, as well as Johor Baru, Batu Pahat and Pontian in Johor.

Until yesterday, 17 positive cases have been detected in the cluster.

The index case of the cluster was discovered through screening on symptomatic individuals. 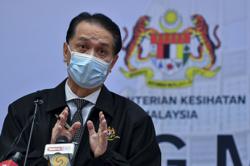