NEW YORK (Bloomberg): Elliott Broidy (pic), a former top political fundraiser for President Donald Trump and the Republican Party, has been charged as part of a wide-ranging federal probe into back-channel efforts to influence the Trump administration on behalf of foreign interests.

Broidy participated in a scheme to illegally lobby the Trump administration to stop investigating the embezzlement scandal at the 1MDB Malaysian state investment fund, according to charging documents unsealed on Wednesday.

Jho Low, a Malaysian fugitive who was charged as the mastermind of the 1MDB fraud, initially paid Broidy US$6mil (RM24.9mil) to lobby the US Justice Department to stop its investigation and promised an additional US$75mil (RM311.5mil) if the lobbying succeeded, the filing said. Broidy is accused of conspiring to serve as an unregistered agent of a foreign principal.

Broidy was charged in a document known as a criminal information, which often precedes a guilty plea and a defendant’s cooperation with prosecutors. A spokesman for Broidy declined to comment.

Prosecutors say several Malaysians, led by Low, diverted money from 1MDB into personal accounts disguised to look like legitimate businesses and then kicked back money to officials. Goldman Sachs Group Inc. could end up paying nearly US$2bil (RM8.3bil) to resolve US criminal and regulatory probes over its role in raising money for 1MDB, people familiar with the negotiations have said.

Two other people involved in the scheme have already pleaded guilty: George Higginbotham, a former Justice Department official, and Nickie Mali Lum Davis, a Broidy business associate. She admitted in August that she illegally lobbied the US government to end the 1MDB probe and, separately, to return Guo Wengui, the wealthy Chinese exile who has been a vocal critic of his home country’s government.

Broidy, who made his fortune in venture capital, is the latest Republican-aligned operative to be charged with crimes in recent weeks. Steve Bannon, the onetime head of Trump’s 2016 campaign for president, was on Guo’s yacht off the coast of Connecticut when he was arrested in August and charged with conspiring to siphon hundreds of thousands of dollars from a campaign to raise funds for a wall on the U.S.’s southern border.

The 31-page information against Broidy, filed in federal court in Washington, is similar to earlier court filings against Lum. It describes a secret campaign to lobby on behalf of Low from March 2017 to January 2018. Low looked for someone with close ties to the Trump administration to help him torpedo the Justice Department’s effort to pursue a civil forfeiture case against 1MDB, prosecutors said.

Broidy agreed to help, and he repeatedly tried to set up a golf game between Trump and Malaysia’s prime minister, which never took place. Broidy met with Trump at the White House in October 2017, telling Davis he had raised the 1MDB matter even though he hadn’t.

After his initial payment of US$6mil, Broidy later got another US$3mil (RM12.5mil) for his efforts, prosecutors said.

More than a decade ago, Broidy pleaded guilty in New York to making almost US$1mil (RM4.1mil) in illegal payments to state officials so they would steer US$250mil (RM1.03bil) in state pension money to a Broidy fund. After agreeing to cooperate with prosecutors, his charges were reduced to a misdemeanor.

Broidy held a top role on Trump’s presidential inaugural committee and was a deputy finance chairman of the Republican National Committee from 2017 to early 2018. Then he stepped down and said he had agreed to pay US$1.6mil (RM6.64mil) to a former Playboy model who became pregnant during an affair. That agreement was brokered by Trump’s longtime lawyer and fixer, Michael Cohen, who was also a deputy finance chairman of the RNC.

He also worked closely with George Nader, a convicted pedophile and adviser to the United Arab Emirates, to promote issues important to that country, documents seen by Bloomberg News show.

In 2017, the UAE, Saudi Arabia and other allied countries severed diplomatic ties with Qatar, alleging the country supports terrorism, which Qatar denies. Broidy has claimed he was targeted by Qatar in an email hack. - Bloomberg 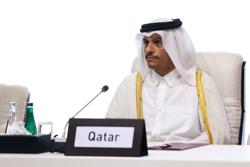 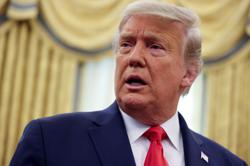