PETALING JAYA: While applauding the government's decision to extend the contract for medical officers by six months, the Malaysian Medical Association (MMA) said a long-term solution is needed rather than a piecemeal effort.

"The MMA would like to once again urge the government to look into the proposal for a 10-year extended contract for all doctors, which many associations including MMA's Section Concerning House Officers, Medical Officers and Specialists (SCHOMOS), have been suggesting," said MMA president Prof Dr Subramaniam Muniandy.

He said the issue should not be looked at as an expense but rather an investment in the next generation of specialists.

"In the long run, the extension of contracts to 10 years will translate to savings for the government as we will have ample trained specialists without the need to import specialists," he said.

While acknowledging that healthcare costs were rising in the country and maintaining long-term permanent positions would be inevitable, Dr Subramaniam said issues such as brain drain, adequate specialist training and self-esteem among junior doctors were matters that should also be taken into consideration.

"As mentioned previously, in any and all decisions made today, the effect it will have on our healthcare system and ability to respond to further pandemics, will only be seen in 10 to 15 years' time.

"The MMA once again strongly urges the government to look into permanent contract extensions as a long-term solution rather than a short-term contract," he added.

On Monday, Health Minister Datuk Seri Dr Adham Baba announced that the contracts for over 2,070 government doctors, dentists and pharmacists would be extended for another six months with a budget of RM81mil.

This extension involves 79 medical officers who have completed training overseas, 852 dentists and 1139 Pharmacists. 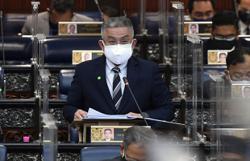