A FACTORY in Vietnam was shut down after it was found recycling 324,000 used condoms.

Sin Chew Daily reported that the factory was managed by a woman, 32-year-old Pham Thi Thanh Ngoc, who was said to be a former sex worker.

Her job was to wash, desanitise, dry and reshape the used condoms before repackaging them for sale.

Following a recent police raid, Pham Thi admitted that the factory received a steady supply of used condoms from an unknown person.

Police seized a total of 324,000 used condoms and thousands more that had been recycled.

> China Press reported that a video of a police officer soliciting bribes has gone viral after a woman shared it on Facebook.

The purported incident said to have taken place on Wednesday, showed the woman who was travelling in a car with her husband and their young child, being stopped in Ijok, Selangor.

From the video, one of the two policemen could be heard telling the woman, “Kalau kau nak cepat, belanja minum sikit (If you want to be quick, buy me a drink)”.

However, the woman replied no and told the policeman to be quick as her child was crying.

In the Facebook post, the woman said she had no idea why she was stopped and was puzzled when the policeman told her that she had driven into another lane.

Kuala Selangor deputy OCPD DSP Mohd Ambia Nordin said the police viewed this case seriously and that they are investigating if the case took place in Kuala Selangor.

> The daily also reported that a restaurant landed itself in hot water after news of it charging RM1,286 for cooking a seafood meal for three tables of guests in Kuantan was reported.

The report said that the seafood was brought to the restaurant by the patrons.

The Pahang Domestic Trade, Cooperatives and Consumerism Department went to the premises and conducted an investigation after learning about it from the news reports.

Department director Datuk Mark Ujin said the restaurant was given three days to justify the charges.

The case was being investigated under the Price Control and Anti-Profiteering Act, he added. 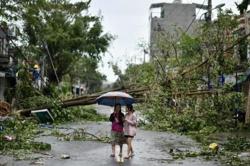