Motorcyclist killed after collision with lorry in JB

JOHOR BARU: A 58-year-old motorcyclist was killed after he was run over by a lorry on Jalan Sembilang, Taman Pasir Putih, here.

Seri Alam OCPD Supt Ismail Dollah said that the incident occurred at about 10am on Tuesday (Sept 22) when the victim was heading towards the Jalan Sembilang food court and tried to take a left turn at a junction.

"A lorry driven by a 53-year-old man was also making a left turn at the same time. The lorry bumped into the victim, causing him to fall off his motorcycle and was run over," he said in a statement here.

The victim suffered serious injury to his body and was pronounced dead on the scene. The body has been sent to Sultanah Aminah Hospital (HSA) for a post-mortem.

"The police would like to take this opportunity to remind the public to always be extra careful on the road, especially when driving or riding a motorcycle," he added. 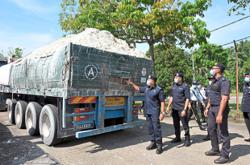 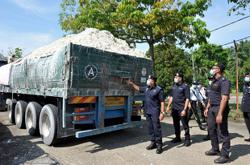