KOTA KINABALU: As campaigns for the state election enters its last lap, MCA's candidate for Likas Dr Chang Kee Ying has found herself a victim of fake nude pictures being spread on social media.

Dr Chang said a police report had been lodged over the matter and she condemned such political tactics.

She also urged Malaysians to stop circulating the pictures.

"It is my ardent belief that an election campaign is a battle of ideologies, political stand and personal capabilities; whereby each candidate will compete fairly on the same platform, without resorting to below-the-belt tricks to smear and assassinate the character of political opponents.

"Such malfeasance to tarnish another's reputation clearly surfaced because of the ongoing state election.

"It is plain to see the circulating of fake nude pictures contains baleful political motives to instigate a smear campaign to denigrate my image in order to strike a blow at Barisan Nasional," she said in a statement issued Tuesday (Sept 22).

Dr Chang expressed disappointment that her political opponents had resorted such tactics.

"I feel for the underaged who would have probably received the content on one social media platform or another."

She said the ones who spread the fake nude pictures aim to assassinate her character as they lacked the wits to debate her in politics.

"I hope the culprits see the error in their ways and immediately put an end to their underhanded methods so we can have a clean and fair fight," she added. 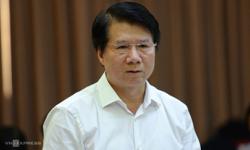