He said the 33-year-old man and his wife, 34, were detained during a raid on the outlet at the Sungai Merah Bazaar, adding that 4.8kg of ketamine worth an estimated RM264,016 was also seized.

ACP Jasmirol said that the outlet was owned by the couple.

Speaking at a press conference on Monday (Sept 21), he said RM24,073 in cash and a Toyota Harrier worth RM40,000 were also confiscated.

Urine test carried out on the suspects came back positive for drugs, he added.

"They were later remanded for seven days from Sept 20 to 27," he said.

The case is being investigated under Section 39B of the Dangerous Drugs Act 1952 and Section 15(1) (a) of the same Act. 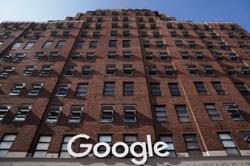