Many voters in Sabah concerned about the environment, says WWF-Malaysia

KOTA KINABALU: Many voters in Sabah are concerned about the environment and would take a potential candidate's environmental aspirations into account when casting their ballot in the state polls, says the World Wide Fund for Nature (WWF).

It said this was reflected in a survey conducted by WWF Malaysia on Aug 27 that saw 1,239 people responding.

WWF Malaysia said that the survey included questions on the level of concern for the environment and topics of concern to voters.

It also asked survey participants whether or not the environment would factor into their decision on which candidate they would vote for, and out of the 85% of respondents who planned to vote in the upcoming state elections, 80% expressed that they would like to know more about the political parties' environmental aspirations for Sabah.

This number also resonates with 71% of respondents, who said that they would consider the environment as one of the factors that will decide their votes.

Additionally, 72% of respondents across all age groups expressed that they are “very concerned” about the state of our natural environment, covering a wide range of topics including marine and terrestrial issues.

While respondents aged 61 years and above make up the smallest group of respondents in this survey, 79% of them said they are “most concerned” about the environment, WWF said in a statement Wednesday (Sept 16).

Plastics and waste management, the loss of coral reefs, and deforestation were the three major issues of particular concern to the respondents.

"Sabahans have voiced their concerns and it is clear that the environment is an important aspect for them.

“But our actions cannot stop here. We need to continue to use our voices and share our concerns,” said WWF-Malaysia head of Conservation Sabah, Dr Robecca Jumin.

“As our future well-being is dependent on the state of the environment, we should continue to hold our political leaders to a high standard of accountability to ensure that Sabah’s rich biodiversity continues to be protected and conserved," she added.

She said she hopes the results of this survey could serve as a platform for politicians and leaders to understand the concerns of the people and find effective solutions to tackle environmental issues.

In addition to general environmental concerns, respondents had said that they were concerned about several specific ongoing projects such as the Tanjung Aru Eco Development, Papar Dam project, Kalabakan deforestation, and Balambangan silica mining.

WWF-Malaysia also reiterated its call to political parties to include “bold yet achievable” environmental commitments in their manifestos. 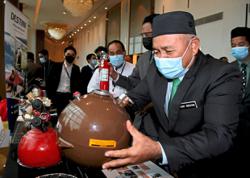 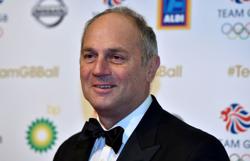 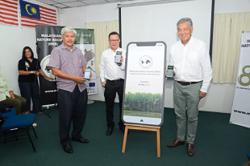