TUMPAT: The Federal Government has allocated RM10mil for the Urban Agriculture Project under the National Economic Recovery Plan (Penjana), says the Deputy Minister of Agriculture and Food Industry II.

Datuk Che Abdullah Mat Nawi said the project would help households to reduce their cost of living by producing their own foodstuff with guidance from the Agriculture Department.

He said the project would also complement the overall urban development involving urban and suburban residents as well as support the government’s efforts in ensuring the quality and food security in the country.“This concept of urban agriculture will enable people who do not have agricultural land to take part by using technology as well as recycled materials to produce food.

“In Kelantan, a total of RM900,000 has been allocated, which will benefit 3,697 people in 106 locations in the form of seedlings, fertiliser, infrastructure and equipment, ” Che Abdullah said at the presentation of the Urban Agriculture Assistance Programme in Tumpat parliamentary constituency.

He said an impact study conducted by the Agriculture Department in 2017 on an urban agriculture-related programme found that it was able to save RM108 in cost of living a month.

“Implementation of this project can to some extent help reduce the cost of living as well as provide employment opportunities and generate additional income especially for the urban and suburban residents who are affected by the movement control order, ” he said. — Bernama 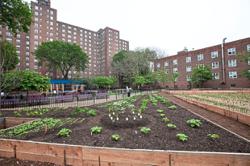