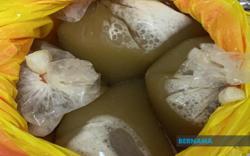 “This matter is a waste of police resources and I am sick of such matters. But a police report has been lodged, thus an investigation paper has been opened, ” said the Inspector-General of Police at a press conference after an excellent awards ceremony in Bukit Aman yesterday.

He added that the police were also recording the statement of the person who made the SD.

It was reported that Bukit Aman is investigating an SD that alleged a prominent opposition politician had committed sodomy.

It is learnt that the individual who made the SD lodged the report after the document was posted on an online blog recently.

Malaysiakini reported that the SD contained explicit details, in which the man claimed he had sex with the politician four times in 2013 at different hotels in Selangor, Kuala Lumpur, Johor and Penang.

He also claimed that for each time, he was given RM300.

The portal reported the man alleged that upon the request of the politician, he had also introduced a friend to him. This friend was purportedly sodomised by the politician and paid the same amount.

On another matter, the IGP said Bukit Aman would take action against leaders of illegal gambling syndicates under the Prevention of Crime Act (POCA).

“The Bukit Aman CID is in the midst of completing case files on the ‘taukeh’ of the gambling syndicates.

“Once the case files are completed, we will take action against them under POCA.

The IGP also refuted claims that syndicates could control the promotion and placement of police personnel and officers.

In the police force, all directors of 10 departments and the Deputy IGP are involved in the meeting for placement of personnel and officers, he added.