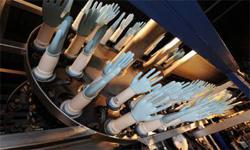 KUALA LUMPUR: The National Action Council on Cost of Living (Naccol) will meet next month to look at ways on how to alleviate the rising cost of living faced by the people, says Datuk Rosol Wahid (pic).

"The council's executive committee had met on July 21 to discuss views and proposals on the issue to ensure that it is in line with the wishes of the people," the Deputy Domestic Trade and Consumer Affairs Minister said when answering a supplementary question raised by Datuk Seri Saifuddin Nasution Ismail (PH-Kulim-Bandar Baharu) in Dewan Rakyat on Monday (Aug 17).

Naccol was set up in February last year and Saifuddin wanted to know if the council was still operating.

Rosol said the council was scheduled to meet next month to further discuss the issue, particularly affecting those in the rural areas.

However, he noted that there is no easy solution as it relates to income levels.

"Cost of living is tied to income levels.

"Unlike in previous times such as in the 1960s and 1970s, even if income levels were modest, cost of living was low.

"However, today, even if you are asleep, cost of living such as usage of the air-conditioning, fridge, electricity and water bills continue to run.

"We are looking at how to increase income levels to help reduce the burden of the people," he said.

Earlier, Rosol told lawmakers that a total of 1,444 enforcement officers had carried out checks on 13,026 businesses to ensure compliance of price regulations.

He said this was among the measures taken to ensure that prices of goods remained reasonable without excessive profiteering.

To a separate question by Datuk Salim Sharif (BN-Jempol), Rosol said there had been no significant changes in the prices of goods following the abolishment of the Goods and Services Tax and reinstatement of the Sales and Service Tax.

He said prices of goods were largely determined by market forces of demand and supply.