KUALA LUMPUR: The controversial Sedition Act 1948 should not be repealed as it is needed to preserve racial harmony in Malaysia’s diverse ethnic setting, says Datuk Seri Nazri Aziz (BN-Padang Rengas).

Instead, the former minister said the Sedition Act 1948 should be amended according to current needs.

Earlier, Nazri argued the importance of ensuring racial harmony in Malaysia, while praising the Perikatan Nasional government for emphasising the matter through the introduction of a National Unity Ministry.

He said efforts were made to ensure Malaysia is a peaceful country despite a diverse racial and religious setting, adding that the Sedition Act 1948 had played a role in ensuring racial harmony among the people.

“One important law that unites us today is the Sedition Act 1948 although it is disputed by many among us,” he said during his debate speech in Parliament on Thursday (Aug 13).

Nazri said the Sedition Act was introduced by the British colonial rule to ensure that no conflicts would arise among the different ethnicities.

He said the Sedition Act 1948 might have been abused by certain leaders, but it should not be repealed, as he quoted a Bahasa Malaysia idiom that says: “marah pada nyamuk, jangan kita bakar kelambu” (we might be angry at the mosquito, but let’s not burn the mosquito net).

“If a leader abuses the Act for personal gain, then the person we should 'burn' is that leader, not the Act.

“Some say this Act is ancient, yes it is, because it has been in existence since 1948. It’s 2020 now, so amend the Act and adjust to current needs.”

Hassan Karim (PH-Pasir Gudang) subsequently interjected and asked if Nazri agreed that amendments in the Sedition Act 1948 should include a provision that requires the element of intention in proving an accused guilty.

“I agree, this can be discussed. That is what I meant by modernising the Sedition Act because it is useful to us,” said Nazri.

Nazri proposed for a parliamentary caucus to deliberate amendments to strengthen the Sedition Act 1948.

Nazri also said Malaysians should not look at the Sedition Act 1948 issue in a western perspective.

“We should not look at this issue from the western lenses. We must look at the uniqueness of our beloved country, and citizens must be protected.

“That is why i want to state here that the Sedition Act 1948 should be modernised and amended according to current times,” he added.

The former Pakatan Harapan government had pledged in its GE14 election manifesto to abolish the Sedition Act if it was elected into power.

Nazri’s remarks appeared to have echoed Home Minister Datuk Seri Hamzah Zainuddin’s view on the matter, as he had said in Parliament on July 27 that the Sedition Act is still relevant, given the rise in fake news. 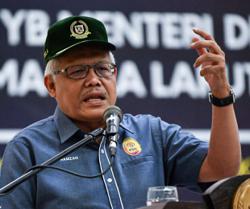 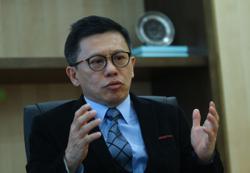