SEPANG: Police believe they have solved the case of a man accused of strangling his wife to death, after she demanded a divorce.

Selangor police chief Comm Datuk Noor Azam Jamaludin said they had established the motive for the case, but declined to elaborate as this may jeopardise investigations.

"The case is still being investigated and part of the process is to collect all necessary evidence.

"We will not stop until we have collected enough evidence to take action against the suspect," he told reporters after witnessing the handing over of duties ceremony for the KLIA OCPD here on Tuesday (Aug 4).

Previously, it was reported that a 41-year-old man flipped when his wife pressed for a divorce and strangled her to death. He then tried to make it appear like she was a victim of a robbery-cum-murder.

The man is suspected of having choked his wife, a lecturer, with her headscarf in a fit of rage before driving the lifeless body to a lake near Pinggiran Cyberjaya.

He then reportedly placed her body in the driver’s seat of the Perodua Myvi.

Subsequently, he called an e-hailing ride and later went in search of his wife with his 14-year-old daughter.

He was arrested after police investigations revealed the suspect had a troubled marriage with the victim.

The suspect reportedly led police to an area near the Putra Perdana Mosque where he dumped her valuables.

The woman’s mobile phone was smashed by the suspect with a rock before he threw it into a lake at Taman Putra Perdana.
Article type: metered
User Type: anonymous web
User Status:
Campaign ID: 18
Cxense type: free
User access status: 3 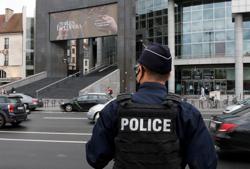 Suspect in downing of flight MH17 denies any involvement