Roadblocks are being staged in southern Sarawak as part of efforts to halt spread of Covid-19 infections.

MIRI: A multi-agency task force has been set up to ensure compliance of standard operating procedures (SOPs) in public places in Sarawak to curb a second wave of Covid-19 infections.

The task force is made up of the police, army, Rela units, Civil Defence Department teams, local council officials and health department inspectors.

About 700 personnel were being mobilised throughout the state as of Tuesday (Aug 4), the state Disaster Relief Management Committee said in its latest updates.

"Among the key SOP that must be adhered to by the public are the wearing of face masks in public places and social distancing of at least 1m.

"The teams checking on public compliance to the Covid-19 SOPs are carrying out inspections in places frequented by people.

On Monday (Aug 3), some 1,773 rounds of inspections were done throughout the state, it said.

The wearing of face masks and social distancing in public places were made mandatory since Aug 1 nationwide.

The committee said the police were also carrying out road blocks in southern Sarawak to prevent the Covid-19 infections from spreading.

The road blocks are mainly concentrated in the districts of Serian, Lundu, Bau, Sri Aman and Lubok Antu.

Sarawak is battling a second wave of Covid-19 cases in the southern part of the state.

So far, there have been 19 deaths and 650 positive infections statewide. 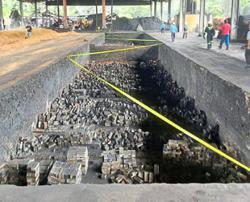 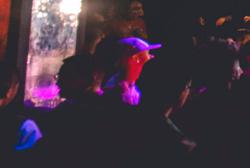