KOTA KINABALU: Sabah political parties have begun closed-door meetings as they try to forge fresh alliances ahead of the state election following the state assembly's dissolution on Thursday (July 30).

Most took a break on the first day of Hari Raya Haji but began Saturday (Aug 1) discussing potential candidates and possible seat sharing for the 73 state seats that will be up for grabs once the dates for nomination and polling are set.

On the battlefield this time is the incumbent government led Parti Warisan Sabah and its partners Upko and Pakatan Harapan (PKR, DAP and Parti Amanah Negara) while the Opposition broadly comprises Sabah Umno-led Barisan Nasional and its allies Parti Bersatu Sabah, Sabah STAR and Sabah Bersatu.

Another new player emerging is former foreign minister Datuk Seri Anifah Aman, who recently took over Parti Cinta Sabah and is planning to contest all seats in the state.

Observers expect the incumbent ruling Warisan coalition to make drastic changes to its team, which took over the state from the powerful Sabah Barisan led by Tan Sri Musa Aman in 2018.

"They need to strengthen the party's platform. In 2018, they had little choice of candidates, now they are already a force in Sabah politics.

"Warisan president Datuk Seri Shafie Apdal (pic) can pick who he wants unlike in 2018 where good candidates did not dare be seen with the then opposition," said an observer, who believes that Shafie would also be insisting on loyalty and choice candidates by his partners in Upko, PKR and DAP.

Shafie, who was seen taking a brisk walk at the Bukit Padang park here Saturday morning, remains an influential east coast Sabah Bajau leader and needs to strengthen his party in the west coast and interior of the state.

His coalition faces stronger challenges from Sabah Umno and Sabah Parti Pribumi Bersatu Malaysia as well PBS and Sabah STAR in the west coast and interior area where the respective parties remain influential.

Shafie's influence in the east coast Sandakan parliamentary seat helped DAP Vivian Wong win with a huge majority in the by-election last year but Warisan failed to re-capture the Kimanis parliamentary seat in the west coast from Umno earlier this year.

Sabah Umno chairman Datuk Bung Moktar Radin is already hinting that the party wants to contests all its traditional seats and that would leave little room for Sabah Bersatu (whose nine incumbent assemblymen were elected reps were from Umno).

Sabah Bersatu, led by west coast Bajau leader Datuk Seri Hajiji Mohd Noor, said that they have identified 45 seats to be contested in the coming election. 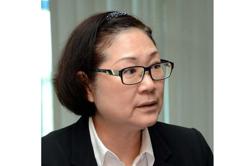