Musa, whose bid to topple the Parti Warisan Sabah government through defections ended in the dissolution of the Sabah assembly on Thursday (July 30), said that any claim by the Philippines or any other party on the Sabah should not be recognised and entertained.

Musa said that Sabah is part of the Federation of Malaysia and there is no argument or dispute on this matter.

"I urge the Philippines, including its Foreign Minister, to stop this type of narrative for its internal political purposes because it's not good for bilateral relations within Asean member countries," he said.

He was responding to the statement by Philippines Foreign Secretary Teodoro Locsin who tweeted that "Sabah is not in Malaysia if you want to have anything to do with the Philippines," when reacting to a US Embassy item describing the area straddling both nations as part of Malaysia.

Musa said that Sabah's stand has always been consistent on the Manila claim and that Sabah was part of Malaysia.

"Sabah is part of Malaysia and has chosen to be and would continue to be a part of the sovereign nation since the state became party to its formation," he said, adding that the people in Sabah choose to be in the state because it is in Malaysia.

"We have been enjoying peace, stability and economic prosperity within Malaysia," he added in a statement Saturday (Aug 1).

Foreign Minister Datuk Seri Hishamuddin Hussein had said, on his official Twitter account, that he would summon the Philippine ambassador in reaction to his counterpart's July 27 tweet.

The 69-year-old Musa has kept a low profile in Sabah politics since he was ousted by Warisan president Datuk Seri Mohd Shafie Apdal in the 14th General Election.

Earlier this week, the former Sabah Umno and Barisan chairman attempted to take over the state government when he said that he had 33 statutory declarations of support but Shafie asked the Yang Di-Pertua Negeri to dissolve the assembly.

Musa, Umno's Sungai Sibuga assemblyman, is expected re-enter the political fray in a much re-aligned political situation in the opposition. 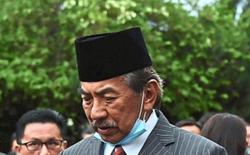 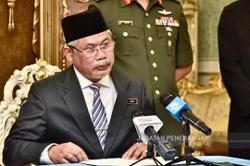 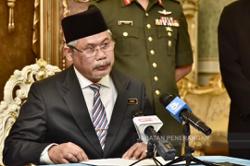