PETALING JAYA: Two days after using a dating app in March, Sarah was contacted via WhatsApp by someone who claimed to live in Scotland.

The man wanted to befriend Sarah, 58.

“We only chatted online. Not too long after that, he told me he was coming to Malaysia as his company had just won a huge contract with Petronas but he was short of funds and needed an investor.

“He invited me to become a partner in his company and said that I would get 50% of the profit,’’ Sarah recounted.

She trusted the guy, so she banked in about RM300,000 from her savings to a third party account.

While Sarah now knows that she was scammed, she said she was taken in by the sweet talk and the man’s apparent feelings for her.

As for Carol, a widow in her 60s, she lost RM3mil to a scammer whom she had never met.

She found him through a dating app and he showed her a photograph of him.

Just like Sarah, the guy told Carol that he had just won a contract with Petronas and was looking for investment.

Carol ended up being cheated of her savings.

She had to resort to borrowing from loan sharks to pay her debts.

Men have fallen victim to scammers as well.

Nigel, a 25-year-old law student, said: “I met a girl online. We exchanged numbers and started chatting on WhatsApp.

“She asked me to prove my love for her by sending a photo of me naked which I did without thinking.

“Soon after that, I got a call from a man blackmailing me for money.’’

Prema, a single mother with two children, considers herself to be prudent and sensible.

But the lecturer was a victim of a scam 15 years ago.

She got duped in a scratch-and-win contest and ended up paying RM3,000 in exchange for a set of electrical appliances of unknown brands.

“They told me I had won a car after scratching a contest card they showed me,’’ Prema, 55 recalled.

“I thought it was a hoax but the two men who conned me were jumping with joy, congratulating me over my win. I thought they could not possibly be acting,’’ she said.

As it turned out, the men were being very good actors and had duped many people the same way.

After lodging a claim with the National Consumer Complaints Centre (NCCC) under the Domestic, Trade and Consumer Affairs Ministry, she got back her money within two months.

She received a call from a “police officer” supposedly from a police station in Terengganu, saying that she was going to be declared bankrupt in two days for not paying the monthly instalments for a loan which she took in January.

“They said I took a personal loan of RM15,000 from a bank and that I had to go to a Terengganu court to settle the matter.

“I told them I had never taken a loan from that particular bank.”

Prema was told that bankruptcy proceedings would proceed against her.

“They sounded so legit. They had my house address and my IC number.

“I almost fell for it again had it not been my sister who intercepted the call and saved me from another big mistake.”

* The names of victims have been changed to protect their identities. 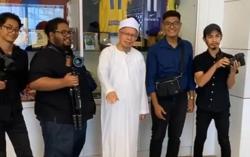 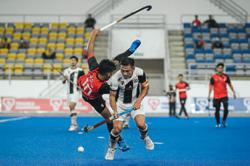