JOHOR BARU: The government should upgrade security at sea ports around the country to stop Malaysia from becoming a transit point for toxic and dangerous waste, said Johor Malaysian Nature Society (MNS).

Its vice-president Vincent Chow said the toxic waste from Romania to Indonesia, which transited at the Port of Tanjung Pelepas (PTP), should be a wake-up call for the authorities.

“The government must act on this matter seriously.

“Our environment, including our precious marine life, could be at risk if something bad were to happen to the containers while in Malaysian waters,” he said.

The shipment, which was falsely listed as concentrated zinc in the declaration form, was transiting Malaysia from Romania.

Chow suggested that the government look into installing the latest technology at ports that would allow enforcement agencies to conduct a thorough inspection, instead of relying on information provided on declaration forms.

Besides adopting the latest technology, he said the government should also send enforcement officers to be retrained to ensure that they are better equipped for any future cases.

“The Department of Environment (DOE) and other agencies have done a good job in detecting the toxic waste but there is also a possibility that other such cargoes might have gone through unnoticed in the past.

“There will always be someone trying to exploit our weaknesses, especially in security, just to make profits and this includes the dumping of waste,” he added.

He acknowledged that government agencies were doing their job, adding however that there were cases of plastic waste being illegally processed in certain locations in the country.

The retired Universiti Teknologi Malaysia professor and former MNS president said multiple agencies should be working together efficiently as well.

“With waste still able to get through, the communities living near the port areas are at risk as these are the entry points into the country,” he added. 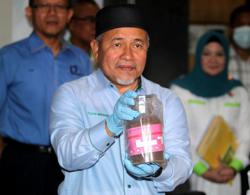 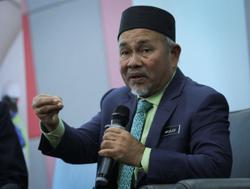 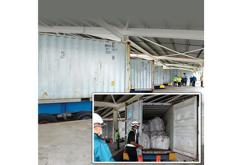