KOTA BARU (Bernama): The government will introduce a programme aimed at inculcating the spirit of patriotism among Malaysians to replace the National Service Training Programme (PLKN) and the National Civics Bureau (BTN), which were abolished by the previous government.

Minister in the Prime Minister's Department (Special Functions) Datuk Seri Mohd Redzuan Yusof said the structure for the proposed programme was being finalised and would be tabled to the Cabinet soon.

"We are finalising the structure. Do we make it compulsory (like PLKN) or do we go for sampling from each institution? We have yet to finalise the syllabus as well as to who will be required or encouraged to attend the programme.

"I hope we can table the content of this programme (to the Cabinet) before the (current) Dewan Rakyat sitting ends so that we can answer questions that have been brought up earlier," he told reporters after officiating a ceremony of the Zone 5 State Civil Defence Force (APM) (Kelantan, Terengganu and Pahang) here Saturday (July 18).

At the event, 12 APM officers were presented with the Excellent Service Award 2019 while another 14 received their appointment letters as APM honorary and associate officers.

Asked whether the new programme would emulate the BTN module, Mohd Redzuan said it would combine the syllabus and training of both PLKN and BTN comprising patriotism, the Constitution, nationhood and racial unity.

"We have to upgrade because many people saw BTN as a centre which developed feelings of racism, although that wasn't the case.

"This new programme is more towards inculcating patriotism and creating a united nation through the Federal Constitution as well as the Rukunegara," he explained.

On Tuesday, Pontian MP Datuk Seri Ahmad Maslan had proposed in the august House for the government to revive programmes and government agencies which were abolished by the previous government, such as the PLKN, BTN and Special Affairs Department (JASA). - Bernama 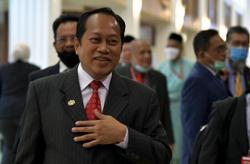 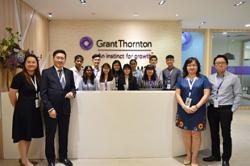 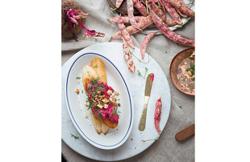