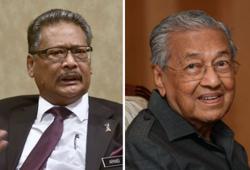 In his affidavit-in-reply filed on Monday, the former Federal Court judge said he was aware of a Facebook post and a subsequent interview by Apandi.

“But these are mere self-corroboration of a conversation inaccurately recounted by Apandi.

“It is an attempt by him to come to the accused Najib’s aid with the view to frustrate the ongoing trials of Najib, ” he said.

Sri Ram claimed that Apandi displayed a bias in Najib’s favour as he was appointed AG by the Yang di-Pertuan Agong upon Najib’s advice, who was then the prime minister.

This, he said, had made Apandi’s allegations in his affidavit lacking in probative value and should be received with caution because they were tainted with bias.In response to the said meeting which took place at Apandi’s home, Sri Ram said Apandi and his wife Puan Sri Faridah Begum were the targets of cybertroopers at the material time.

He claimed that he attended to Apandi and Faridah purely in his professional capacity where he rendered them legal advice.

Sri Ram said during the conversation he advised Apandi that there was evidence in the public domain against Najib and it was Apandi’s duty to have Najib arrested and charged.

“At no time during the conversation did I ever mention I had been sent by (former prime minister) Tun Dr Mahathir Mohamad, ” he added.In response to Najib’s affidavit, Sri Ram denied being a political appointee as he did not belong to any political party.

Sri Ram said he advised and acted for members of various political parties both in the government and the Opposition.

“My duty as counsel for the prosecution is to lead evidence to show that a crime was committed and that it is the accused who committed it, ” he said.

Sri Ram added that it was up to the court to determine whether the prosecution had proven its case against Najib beyond a reasonable doubt.

On June 12, Najib filed an application to recuse Sri Ram from leading the prosecution in the 1MDB audit report tampering case.

The application was supported by two affidavits, one by Najib and another by Apandi.

In Apandi’s affidavit, he claimed that Sri Ram had tried to convince him to arrest Najib in January 2018.

This was a claim Apandi first made on his Facebook page on June 10, where he alleged that Sri Ram visited him under the instructions of Dr Mahathir and told him that he would be the people’s hero and the first AG to arrest a sitting prime minister.

The hearing before Justice Mohamed Zaini Mazlan will resume on July 23. 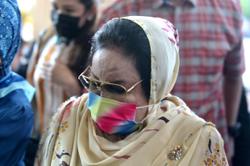