KOTA KINABALU: A group of students operating under the MyFundAction Sabah charity group are on a mission to help as many needy Sabahans as possible.

In the last week, this group has helped some 200 needy families in Tawau and Lahad Datu and, prior to that, families in Kota Kinabalu, Pitas, Ranau, Kundasang, Semporna and Tuaran.

They have donated foodstuffs to more than 2,000 families so far this year.

The NGO, together with some 70 volunteers from Youth of Strength and Happiness, came together to raise funds and buy food and other basic necessities for identified families before distributing them.

MyFundAction Sabah media representative Salwa Naidin said their charity programmes were halted during the early days of the movement control order (MCO) period, but gradually restarted in Kota Kinabalu before moving to other districts.

“We do crowd-funding through social media and get contributions from our volunteers, ” she said when contacted Monday (July 6).

She said they usually get details of who to assist and which family needs more, from village chiefs, and their volunteers from the area and residents in a community.

Among the items distributed are rice, flour, cooking oil and salt, Salwa said.

According to her, the immediate plan is to go to Ranau, Sandakan and Keningau before moving on to other parts of Sabah.

“Our mission is to reach as many needy people as possible, especially during these hard times with people losing their jobs and income amid the Covid-19 pandemic, regardless of their nationalities, ” said the Environmental Science student of Universiti Malaysia Sabah.

For their Tawau programme, some of the villagers assisted were from Kampung Titingan, Kampung Sri Aman, Kampung Iban and Kampung Serudong.

Those in Lahad Datu were from Kampung Mundas, Kampung Telisai, Kampung Tenginod and Pulau Lok Sakar.

This Malaysia-based NGO has thousands of volunteers nationwide and even in foreign countries. 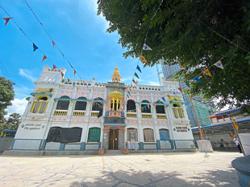 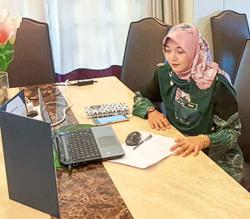