INTERACTIVE: For many Malaysians, working from home may not work out 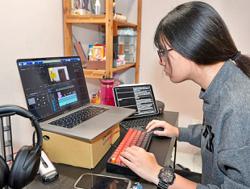 PETALING JAYA: WFH (working from home) could potentially become a norm for many businesses in Malaysia following the Covid-19 outbreak, according to the findings of a survey by recruitment agency Jobstreet.

However, recent research by Khazanah Research Institute has found that WFH may not be a viable option for many workers in the country especially those who are self-employed or categorised as vulnerable.

According to a recent survey by Jobstreet, the top five industries requiring their employees to work from home are in the insurance or pension funding (81%), followed by information technology (77%), education (70%), property development (70%) and banking (69%).

"This is also more common in large organisations with more than 500 employees. Workers with higher salaries, female (61%) aged 30-39 years (63%) and in Kuala Lumpur or Selangor (63%) are also more likely to work from home," it said.

Jobstreet noted that moving forward, longer-term, full-time workers in higher-paid roles, are more likely to be interested in working more hours from home, instead of at the workplace.

Khazanah Research Institute (KRI) researcher Siti Aiysyah Tumin in a discussion paper "How common is working from home" wrote that working from home is biased towards high-skill occupations and selected high-paying sectors, and uncommon among Malaysia’s most vulnerable workers and the self-employed.

"The working arrangement which is more viable for those of high income and highly skilled suggests a potential worsening of inequality during the crisis as lower-paid economic activities and jobs could not simply continue operations via work from home.

Siti asserted that some workers cannot work from home not only because of technological limitations but also due to the nature of the job itself.

"Certain type of jobs such as in the food and beverages or delivery sectors, simply cannot work from home, and in a scenario where their employers’ close down, they will lose their jobs and the little salaries that they have.

According to the Social Security Organisation’s (Socso) Employment Insurance System (EIS), job losses in the country has increased by 42 per cent year-on-year for this first quarter (Q1 2020).

"For these vulnerable workers such as the self-employed, low-skilled and low-paid workers, work from home is not a viable option and instead, workers have either lost their job, forced to take leave or change their working hours," she said.

"Assuming the classification of teleworking and work from home for a given occupation in the United States is similar and applicable for Malaysia, jobs with a higher prevalence of teleworking, which is less than 50%, only make up about 24% of employment in the country.

“These jobs are mostly high-skill occupations too, ” she said.

According to KRI's study, only one in five workers in the largest occupational category in Malaysia – the sales workers- can telework and work from home.

"Only two female-dominated occupations such as teaching professionals and clerks have higher likelihoods of work from home.

"However, among mid-skill and low-skill occupations, such gendered observation is not obvious.

Siti also urged companies that are working on expanding digitally to provide the necessary upskilling programmes to their employees, especially for mid-skilled employees.

Jobstreet noted that while most Malaysians were told to work from home, longer-term and full-time employees had been affected in terms of remuneration instead of job losses, as have those in the property and construction focused sectors.

"Males have been more negatively impacted in terms of remuneration, career progression and leave, whereas employees of larger organisations have been less impacted in these areas," said Jobstreet.

Jobstreet said that it is important that companies implement effective work from home policies that can drive performance and on a larger scale, rebuild the economy.

"While 58% of the 1,000 employers surveyed by JobStreet experienced a negative impact on their headcount, 20% have indicated they would be hiring again in the next 3 months," it said.

Siti also urges for a more robust and streamlined standard operating procedure (SOP) to ensure that those who cannot work from home are protected financially and in an environment that is safe against Covid-19. 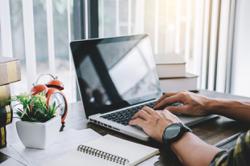