Zafrul: Talk to your banks

The advice came after the Finance Minister said that although talks were being held with the banks for an extension of the moratorium, it was entirely up to them to provide any further extension.

“To those who have lost their jobs and have their pay reduced, especially, please go see your bank now and restructure (your loan), ” he said at a press conference during a visit to the Prasarana Malaysia Bhd headquarters yesterday.

He acknowledged that there had been numerous requests for an extension of the moratorium which the banks had voluntarily imposed on themselves.

“There have been a lot of requests from those who need more time.

“On the government’s part, we are still engaging with the banks and it is really up to them, ” he said.

Tengku Zafrul was asked to comment on an announcement by Malayan Banking Bhd (Maybank) on Friday that it would not be extending the six-month loan moratorium period that would end in September.

He noted that the moratorium had benefited borrowers, irrespective of their ability to repay their loans.

However, he added that it was his personal view that the extension of the moratorium could be done in a targeted manner.

“In my personal view, we need to help those who are in need of help.

“Maybe the best way forward is to focus on targeted groups that need help, ” he said.

Under the Prihatin Rakyat Economic Stimulus Package which was announced on March 27, Bank Negara Malaysia proposed an automatic moratorium on all loan repayments by individuals and small and medium enterprises from April 1 to Sept 30 this year. 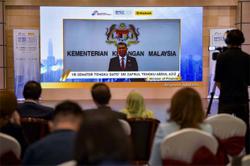