PETALING JAYA: Police arrested two women in Kelana Jaya after they were found with drugs in their car.

"When police searched the car, a packet was found near the hand brake containing what is believed to be ganja weighing about 125g," Petaling Jaya OCPD Asst Comm Nik Ezanee Mohd Faisal said.

One of the women later confessed to planting ganja at her home in the area and police were led to search the place.

"They have been remanded for seven days and further investigations will be conducted to see if they can be linked to any drug trafficking activities in Petaling Jaya," ACP Nik Ezanee said. 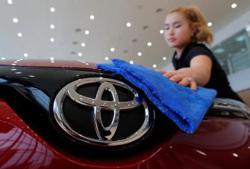