Inexpensive XO laptops were introduced to the Che Wong orang asli children of Kuala Gandah, Pahang. Here, a boy is showing others how to charge the laptop by cranking.

THE ubiquity of technology has spawned ardent advocates and critics alike, but the impact of technology in furthering philanthropy and social activism in line with economic, education and social impact is often overlooked as the world runs faster towards each technological wonder that is more often than not simply for profit.

Social innovation, a phrase coined to illustrate the marriage of technology and social activism and communal welfare, is alive and well among numerous social enterprises locally and globally.

Spotlighting two instances of home-bred social innovation, The Star spoke to DLeap and Biji-Biji, two separate collectives and social enterprises making their social and communal impact in different ways for the benefit to, and betterment of, society.

DLeap, the acronym for the Digital Learning and Education Asli Project, was founded by a group of alumni from Malacca High School (MHS), including the collective’s main initiator Kang Tsi Kit who was inspired by the One Laptop Per Child (OLPC) programme incubated at MIT’s Media Lab in 2005.

The main aim of the global OLPC movement was simple: provide low-cost, durable and state-of-the-art digital learning laptops to disadvantaged children, to empower poor children in developing countries for joyful constructionist learning by providing one connected laptop to every school-age child.

Kang subsequently became involved in OLPC in Hong Kong, later organising the OLPC Basecamp Malacca conference in 2013, and after inspiring his fellow MHS classmates, succeeded in co-founding DLeap, modestly adding that “we are just common Malaysians doing what we can, leveraging on our own network to make change.” 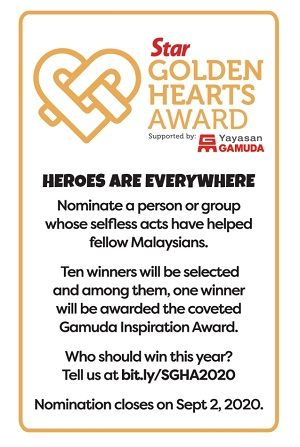 Kang banded together with his former classmates Dr Sivananthan Elagupillay, who was working at the Che Wong Orang Asli community in Lanchang, Pahang, and Tay Bee Lian, a teacher from Temerloh, Pahang. Other classmates joined in quickly, assisting in ways such as the purchase of 40 XO laptops for the orang asli kids.

The inexpensive XO laptops were developed by Nicholas Negroponte, a co-founder of MIT’s Media Lab, designed by Fuseproject, and Kang iterates that they were chosen as these laptops were designed for harsh environment usage and low power consumption, chargeable by cranking but mainly using solar panels.

“Initially these XO computers were given to an orang asli hostel institution in Raub, ” say Kang and Dr Siva, “and later, these were introduced to the Che Wong orang asli children of Kuala Gandah.”

Seven years on, DLeap is still active, say Kang and Dr Siva: “Growing slowly with failures and some success. The social aspect, to support a bold educational innovation project grew organically from taking actions in the field.”

Those actions and the noble intention earned DLeap a nomination in 2019 for The Star Golden Hearts award, an annual award by The Star and Yayasan Gamuda that celebrates Malaysian unsung heroes, for their selfless efforts for the wider community.

The Biji-biji Initiative, an impact-driven agency with the aim to create a mindset change and behavioural shift towards sustainable living, is striving to inspire people in thinking and acting sustainably, collaboratively and constructively.

Its journey began in 2013 when a group of four visionaries – Rashvin Pal Singh, Zoe Victoria Tate, Gurpreet Singh Dhillon and Syaril Azam Hisham – set out to change the sustainability scene in Malaysia through progressive ideas while changing the perceptions on how people see issues of waste and sustainability. The initiative now has a full team of over 30.

The Biji-biji Initiative shares a roof with its sister companies, Me.reka, an innovative and alternative education space and Biji Biji Ethical Fashion.

The latter effort, a commitment to sustainable and ethical standards in Malaysia, disrupts the typical manufacturing process and encourages a circular economy with up-cycled materials. Its products are intentionally made using materials recovered at their end-of-life stage such as faulty seat belt webbing, deadstock vintage kimono, event banners and needle punch carpet.

More recently, the Biji-biji Initiative and Me.reka collaborated with a community of partners to initiate a Covid-19 relief effort. Phase 1 saw the distribution of 24,670 face shields, 1,505 aero chambers, and 58 patient isolation boxes to 75 frontline organisations across Malaysia.

Subsequently, the group received requests from about 36 frontline organisations in need of over 60,000 PPE scrub sets. A community of over nine social enterprises then banded together to mobilise this effort by engaging over 100 local makers.

The result was Social Textiles, a movement incorporating a social enterprise model, made possible through the consolidation of production partners and makers, consisting of impact-focused individuals, organisations and communities, utilising a decentralised production platform to tackle the increasing demand for PPE scrub sets during this fight against Covid-19.

Such social innovation and communal philanthropy in both instances must be applauded, illustrating that innovation can be used for good.

Nominate selfless Malaysian heroes for the Star Golden Hearts Award 2020 at http://bit.ly/SGHA2020. Ten winners will be selected and among them, one will be awarded the coveted Gamuda Inspiration Award.