PETALING JAYA: Malaysia is in talks with Singapore and Brunei to open the borders to the citizens of these countries, says Datuk Seri Ismail Sabri Yaakob.

The Senior Minister said the government, in principle, had agreed to give permission to Singaporeans and Bruneians to enter Malaysia without applying for approval from the Immigration Department.

“They need not undergo Covid-19 screening and the 14-day home quarantine requirement.

“However, the permission depends on the same flexibility given to Malaysians by the Singapore and Brunei governments.

“Singapore and Brunei must also allow our people to enter their countries without restrictions, ” he told a press conference yesterday.

Currently, Wisma Putra is in talks with its counterparts from the respective countries on the matter.

“So the decision will now depend on the outcome of the talks. We will wait and see, ” said Ismail Sabri.

He added that the Health Ministry had determined that Singapore and Brunei were green zone countries and as such, the government had agreed to allow citizens there to enter Malaysia.

On a separate matter, Ismail Sabri said there was no excuse for foreigners not to renew their expired visas during the recovery movement control order (MCO) period.

“There is no valid reason now as the immigration offices are open as usual.

“If they want to stay for a longer period, they must renew their visas, ” he said.

Ismail Sabri acknowledged that under the MCO, the immigration offices were closed and those with expired visas were only required to show their airline tickets when leaving the country.

He said this when asked to comment on reports that some Indian tourists, whose visas had expired, were among those detained by immigration authorities during recent operations against illegal immigrants.

“It is possible that they may have entered using a tourist visa but later end up working as barbers or in restaurants.

“This is against our immigration policy and action will be taken against them for abusing their visas, ” he said.

Previously, Ismail Sabri said no action would be taken against those with expired visas during the MCO period but they must make prior appointments with the Immigration Department to renew their travel documents in order to remain in the country. 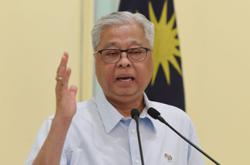 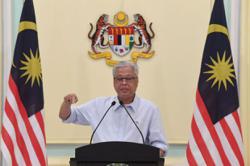