IPOH: Five activists charged with defying the conditional movement control order (MCO) by gathering at a hospital to protest in support of the rights of government hospital cleaners pleaded not guilty at a Magistrate’s Court here Thursday (June 4).

They were jointly charged before Magistrate Noor Azreen Liana Mohd Darus, after the charge sheet was read to them in Tamil. 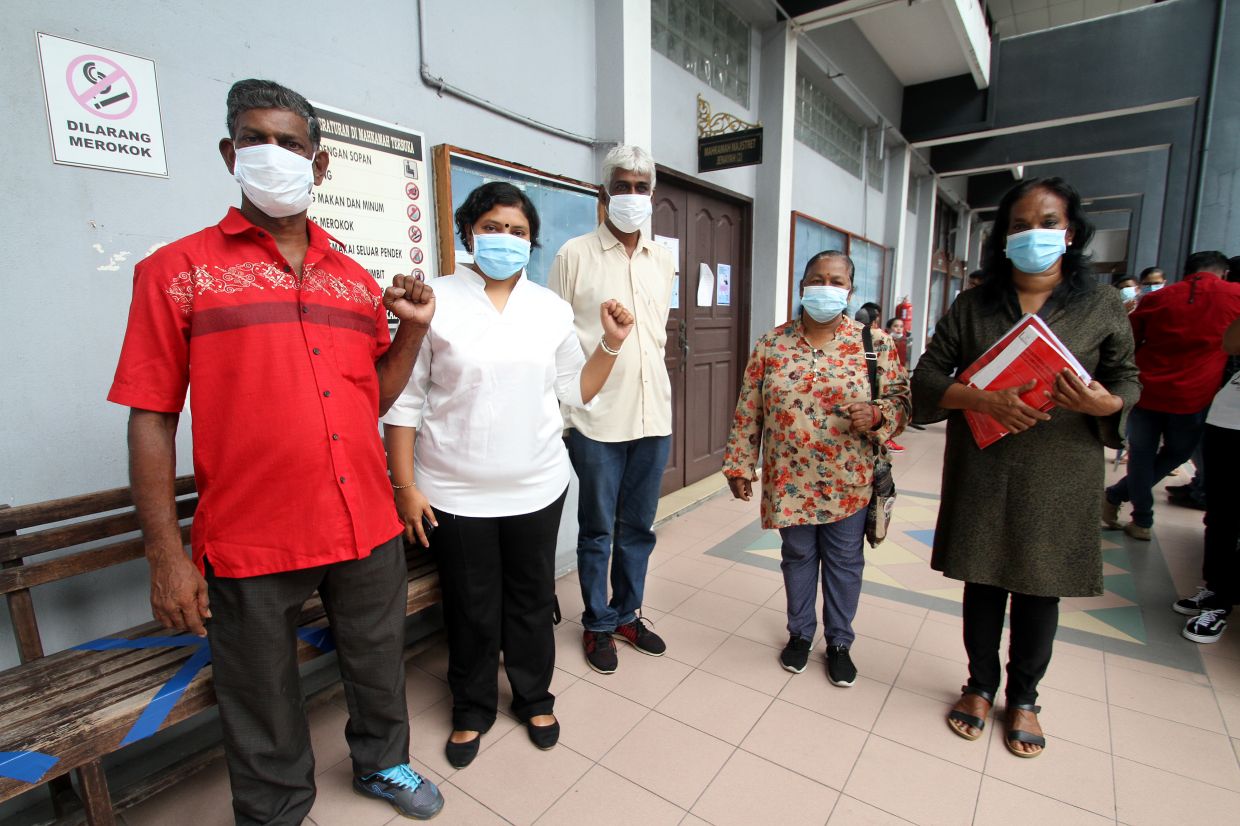 In the charge sheet, it was stated that the five had gathered at the grounds of the Raja Permaisuri Bainun Hospital (HRBP) on June 2 around 12.10pm, and defied the conditional MCO.

They were charged under Regulation 7 (1) of the Prevention and Control of Infectious Diseases (Measures within Infected Local Areas) Regulations 2020, which carries a maximum fine of RM1,000 or imprisonment up to six months or both.

Bawani said all five were activists fighting for the community, as well as for cleaners under the union.

She said all of them do not have previous criminal records, and Sarasvathy, who is also a PSM central committee member, has received a human rights award from Japan.

“Subramane is not working, and depends on his Social Security Organisation (Socso) pension, and has a family to feed, and it is the same for Jody, ” she added.

Bawani said a court case last month in Ampang allowed for a person above the age of 60 to post bail without surety, and she requested for the court to allow the same for this case.

Kunasekaran added that the five were at the hospital grounds to hand over a memorandum to the employer of the cleaners based there.

“They all have a good reputation, and their intention to gather there was for a good cause, ” he added.

Noor Azreen then set bail for RM1,000 for each of the accused.

While waiting for the bail to be posted, they five were handcuffed and taken to the court’s lock-up.

Noor Azreen fixed July 9 for the next mention of the case.

Media had reported earlier that a total of 13 union and PSM members had gathered outside the HRBP compound on June 2 holding placards seeking justice for cleaners who were allegedly victimised and harassed since early this year.

They were there to raise attention to the grouses of the cleaners, including the lack of protective gear to shield them from viruses, especially now with the Covid-19 pandemic.

PSM secretary-general A. Sivarajan had said they had followed the SOPs, but the five who were inside the compound were arrested an hour later.