PETALING JAYA: Prank calls to emergency services during the movement control order (MCO) was a reflection of those who were bored and “trapped” wanting to reach out in a different way, says Dr Anasuya Jegathevi Jegathesan.

The psychology programme director at Taylor’s University said that these pranksters, who are often risk-takers, became stressful during the MCO period and resorted to doing something for the adrenaline rush.

“This is a case of not just being bored but also trapped. They know the phone lines are there and somebody will answer.

“Figuring they can’t hurt anybody and there won’t be major repercussions, they play pranks every now and then, looking for attention by reaching out in a different way and having some fun.

“They need something but they don’t know how to get in a healthier manner. The idea is to do something that impacts others even if it

is annoying, ” she said in an interview.

She said these pranksters were unlike those who were just fine with carrying out activities such as watching TV or playing computer games.

They assumed that there was no harm or major repercussion to their actions, she added.

“They don’t understand it is just another annoying behaviour, and how much it is taking up resources and putting others at risk.

“It all comes down to a lack of maturity, ” she said, adding that enforcement to punish pranksters should be beefed up.

Malaysia Psychiatrist Association president Dr Hazli Zakaria concurred, saying that such immaturity made them unable to judge the consequences or the impact of their behaviour.

“Some of them felt good about it and showed it in social media even though it was bad behaviour. To them, they just want to have fun, ” he said.

He said that pranks could be examples of impulsive behaviour, which could be symptoms of mania for those with bipolar disorder.

“Usually, they could also show some socially inappropriate behaviour like being flirtatious and making sexual advances.”

“In most cases, the behaviour is committed by those without any psychiatric conditions, ” he said.

He added that prank calls during the MCO period could be due to the free time and increased boredom and stress levels.

“However, it is not good enough to justify such behaviour. We have to be mindful of the psychological effect on the victim of the prank, ” he added.

Dr Wong Kok Fye, a member of the American Psychological Association, said pranksters involving children or teenagers were often due to boredom, group pressure and curiosity.

“They may want to prove themselves or to blend in a group and resort to making prank calls.”

He said that these people also wanted to test “how far their pranks could go, like do they really dispatch a police car?”

“Such behaviour is usually seen in children and not likely to repeat after they have satisfied their curiosity or prove themselves, ” he said.

As for swatting among adults, Dr Wong said such behaviour could become addictive, repetitive and difficult to address.

“Pranksters see it as a power of manipulation in duping others. It is psychologically satisfying when we have power over others, ” he said, adding that making pranks calls anonymously also gives the power of anonymity.

Such a situation, he said, allowed the person to say or do things that they would not dare do when their identity was known.

Swatting happened everywhere and it explained the nature of human being and the psychological reason was universal, he said.

“It cannot be solved 100% but we can minimise it through public education, telling the people the cost of making prank calls is huge.

“Another way is to have a law and increase the punishment for such behaviour, ” he added. 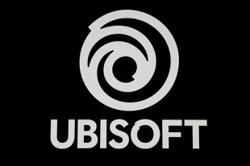